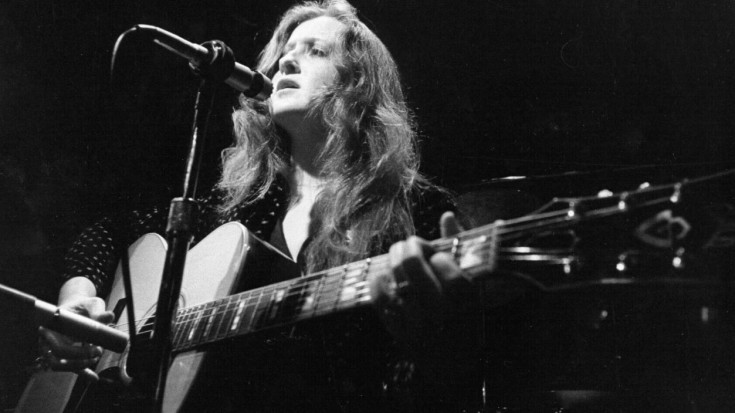 Made famous by short-lived rock supergroup Blind Faith in 1969, “Can’t Find My Way Home” took a delicious turn three years later when a 22-year-old Bonnie Raitt performed it live. Joined by Lowell George, John Hammond and Freebo, Raitt’s performance of “Can’t Find My Way Home” was featured as a live broadcast on Philadelphia’s WMMR radio in February of 1972 and showcased her talent as a slide guitarist, giving this English blues rock tune a decidedly Southern blues kind of feel.

The broadcast is especially neat because at first, Bonnie doesn’t quite know what to play – the pre-song banter is largely her bandmates tuning their instruments in the studio and Bonnie joking with the band before suddenly deciding, “We’re gonna do a Stevie Winwood song!” after someone hits a note that sparks a memory of the Blind Faith classic. Despite a rocky start, the band gets it together and hits the ground running as Bonnie launches into a stellar vocal performance, rivaled only by her guitar playing.

Though recorded in 1972, Bonnie’s cover of “Can’t Find My Way Home” didn’t actually see the light of day until 2011 when what’s known as The Lost Broadcast – Philadelphia, 1972 was released to the public. We can’t believe that it took over 40 years to be able to hear her fantastic take on one of Blind Faith’s most critically acclaimed pieces, but we’re so glad it was released – and we’re sure you will be, too!