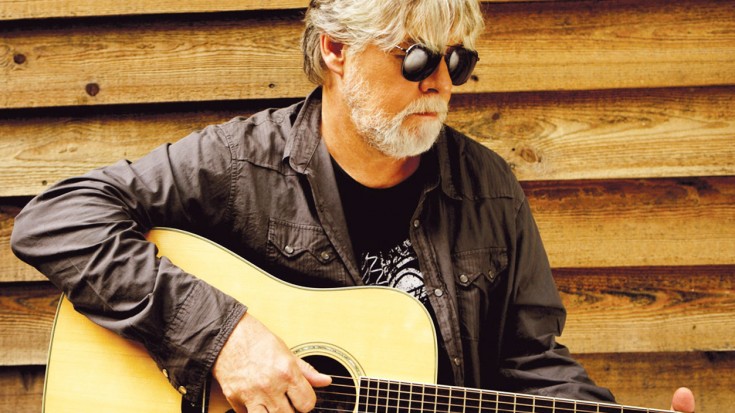 Celebrating his 71st birthday on May 6th, Bob Seger is one of rock and roll’s most easily recognizable figures. With his mane of silver hair, mile wide grin and booming voice, it’s impossible to miss him in any setting! He’s written some of the most iconic songs in rock history – songs that speak from experience and get to the heart of the human condition or just plain inspire us to cut loose and have a good time – and what began as a love for Little Richard and Elvis grew into a career spanning over 5 decades, an induction into the Rock And Roll Hall of Fame, and millions of records sold worldwide.

He’s loved by music fans young and old, fiercely respected by industry colleagues, and that’s why on the legend’s 71st birthday we’re taking a look back at 7 things we love about rock’s ramblin,’ gamblin’ man!

1. Bob Unplugged: He’s Never Had An Email Account – EVER

Want to get a hold of Bob? According to the “Turn The Page” singer, email isn’t the way – and it never will be because he’s never had an email account.

2. He Credits These Two Legends With His Sound

Inspired by Little Richard and Elvis Presley, it’s no wonder songs like “Ramblin’ Gamblin’ Man” and “Old Time Rock And Roll” make us want to shake, rattle, and roll!

3. He’s Also A HUGE Fan Of Another Rock Legend…

That’s right – Bob Seger is a huge fan of Irish singer-songwriter Van Morrison! In fact, in 1972 Bob paid tribute to Van with a cover of “I’ve Been Working” for his album, Back In ’72.

4. We Can Also Thank Him For One Of The Eagles’ Biggest Hits

It’s no secret that Bob’s enjoyed a lengthy friendship with classic rock kings the Eagles. He co-wrote 1979’s “Heartache Tonight,” though this wasn’t the first time he’d helped shape their career…

6. His Work Ethic Is Legendary – No, Seriously

No one works harder than Bob! With a work ethic as legendary as his music, Bob spent 1975 playing over 260 shows. Day off? What day off?

7. He’s A Lifelong Fan Of The Godfather Of Soul, James Brown

“I wanted to be as rhythmic as James Brown,” says Bob, who preferred him to The Beatles and also cites Brown’s Live At The Apollo as one of his all time favorite albums.