AC/DC Break Their Silence, And THIS Is What They Had To Say About Brian’s Exit 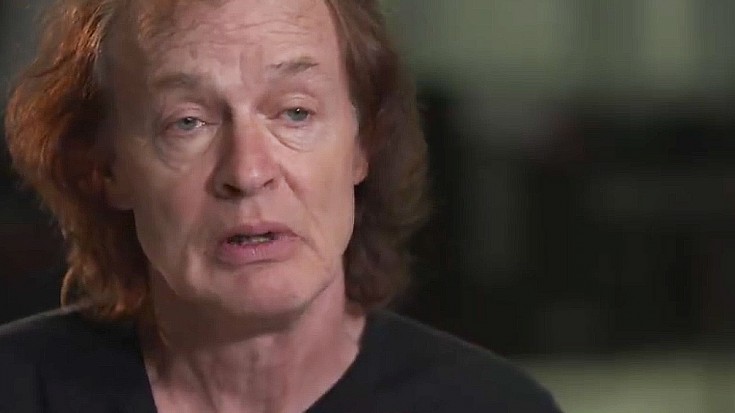 “There’s A Lot Of Rumors Going Around…”

Yesterday, AC/DC’s Angus Young, Cliff Williams and Axl Rose appeared on camera and broke their months long silence regarding the circumstances that they say forced Brian Johnson to make the difficult decision to ultimately leave the band, finally addressing and dispelling rumors that Brian was fired.

Just two days away from resuming their Rock Or Bust Tour in Lisbon, Portugal, AC/DC guitarist Angus Young admits that the decision left them caught between a rock and a hard place – a no win situation regardless of whether they decided to continue on with a new singer on short notice, or call it quits completely.

“The options were very limited and you think, if we just stop with all of this machinery, it’s going to be a hell of a lot of legal entanglement.”

“We wanted to complete what we had started, and I mean, you can’t call a tour ‘Rock or Bust’ and then go bust!”

Even Axl weighed in on the situation, letting fans know that he’s well aware of the challenge he’s about to face as far as winning their trust and earning their respect in such an unfortunate situation.

For more information and insight as to AC/DC’s future, be sure to check out the rest of the interview in the video above – you don’t want to miss this!