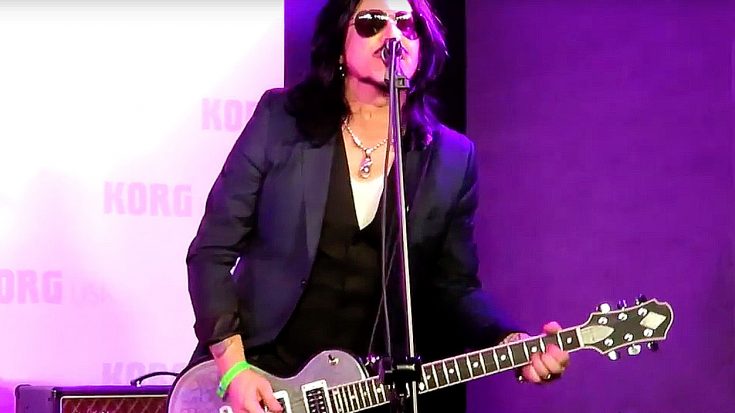 Welp, NAMM has come and gone once again and as always it brought us four days of innovation, technology and most importantly, music. While former Bon Jovi guitarist Richie Sambora debuted a brand new song with girlfriend and collaborator Orianthi, elsewhere fans were treated to an exclusive performance of “Knockin’ On Heaven’s Door” by ex-Guns N’ Roses axeman, Gilby Clarke.

Clarke, who replaced founding guitarist Izzy Stradlin in 1991, was joined by Jane’s Addiction drummer Stephen Perkins and bassist/vocalist EJ Curse for this fun, faithful nod to his former band’s cover of the 1965 Bob Dylan classic and makes us appreciate the unique dynamics of a convention like NAMM; also known as the National Association of Music Merchants, NAMM allows for vendors, guest artists and fans to mingle together and often holds live performances like this that feel more like intimate jam sessions than your regular, run of the mill concert.

If you missed out on the fun the first time around, never fear: we’ve got footage of Gilby’s big moment in the video below. Enjoy, and don’t forget to sing along and wave your lighter!