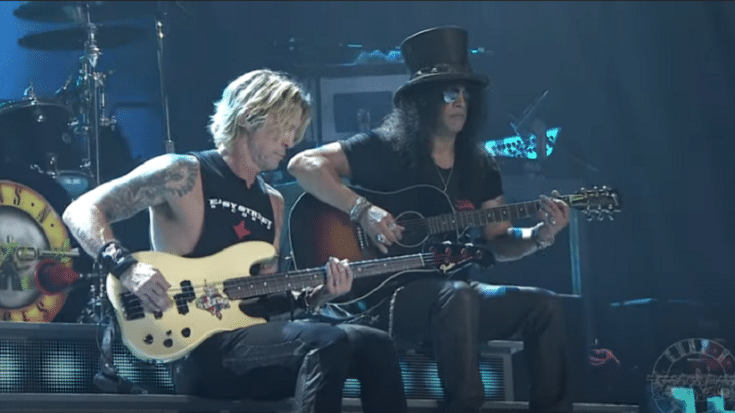 For the latest installment of the “Not In This Lifetime Selects” which features highlights from their massively successful tour, Guns N’ Roses have uploaded a pro shot of their show on October 7, 2019 at InTrust Bank Arena in Wichita, Kansas.

They launched their “Not in This Lifetime” trek in April 2016 and they’re reportedly working on a new studio album which would serve as the follow-up to 2008’s “Chinese Democracy.”

In a new interview with SPIN magazine, guitarist Slash was asked whether it’s possible to hear new music on their setlist for their Australia shows next year. He replied, “It would be way too early to say anything like that. [Laughs] That’s a good question, but…sorry!”

He also said, “We were actually just about to start a tour at the beginning of all this. We did one show, the very first show of the tour, and then COVID locked in. But from March until September we were supposed to be on the road. That’s pretty much this whole time. And it’s been strange to be grounded. You start to realize how much time you spend on the road because of how long you’ve been home, you know? So I’m dying to get back out there.”