Paul McCartney Reveals He Uses A Teleprompter For Beatles’ Songs – But Why? 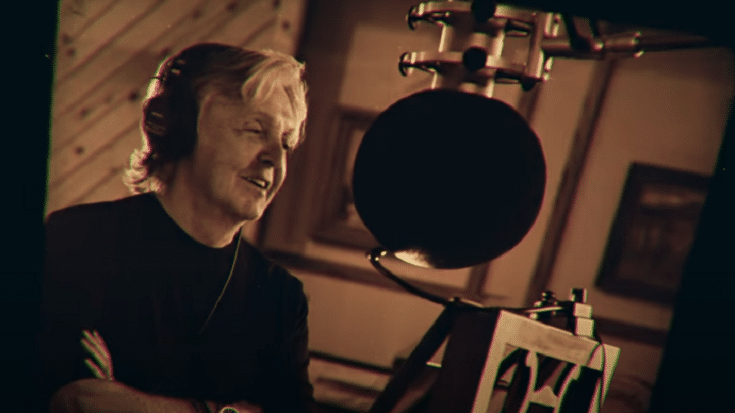 Because He Sometimes Finds Himself “On Autopilot”

In a new interview on the SmartLess podcast, Paul McCartney has revealed that he uses a teleprompter on stage when performing Beatles classic hits – you know, just in case he forgets the lyrics to the songs that he wrote himself.

He explained, “Sometimes I’ll be doing a song, like ‘Eleanor Rigby’ [released in 1966] or something, and I’m on autopilot. And I’m starting to think, ‘Oh, what am I gonna have for dinner? Maybe you won’t have the soup but maybe you’ll just go for the main course’.

“Then I go, ‘Stop!’ because I’m singing ‘Eleanor Rigby’! I’ve separated myself not only from Paul and fame, but a couple of bits in my head are going in different places.”

Then he admitted, “Sometimes that breaks down and I forget the song. I have a teleprompter.”

He’s not the only one who does this because Ozzy Osbourne once shared that he takes advantage of technology but that he still ends up singing “the wrong words sometimes”. It’s totally understandable especially since some of their songs date back to more than three decades ago.