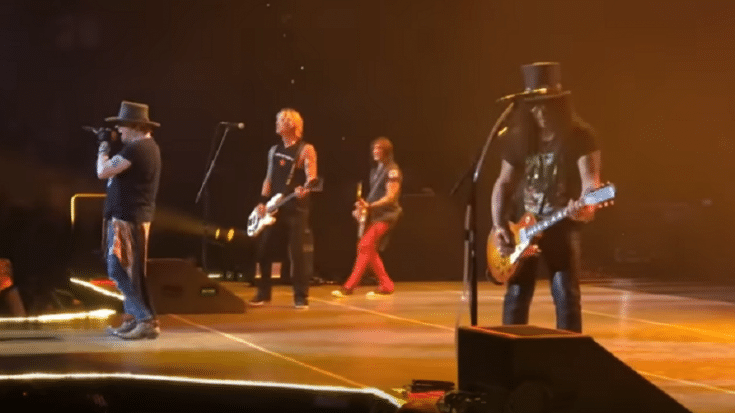 Guns N’ Roses kicked off their Not in This Lifetime reunion tour over three years ago and somehow, they still manage to keep it exciting. For their Oklahoma City stop last October 23, they played at the Chesapeake Energy Arena and brought out a rarity to the delight of the crowd. Written by Axl Rose, “Dead Horse” was never released as a single but they did make a music video for the track.

They last performed this deep cut from their third album Use Your Illusion I in 1993. For the past few shows, their setlist was a mix of their biggest hits and rarities. They also performed covers of classic rock tunes. Just a few concerts to go, the band will wrap up their fall tour with a two-night show at the Colosseum at Caesars Palace in Las Vegas on November 1 and 2.

A few months ago, Slash already confirmed that they’re working on new material. He said, “Axl, Duff, Richard [Fortus] and myself have all talked about … there’s material and stuff going on already for a new record. Basically, the only real answer to give is we’re hoping to put a new record out, and we’ll just see what happens when it happens.”

It will serve as the follow-up to their 2008 album Chinese Democracy.