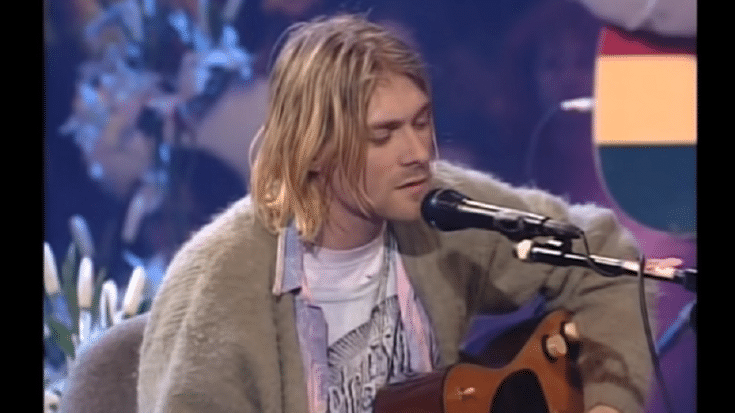 During the two-day Julien’s Auctions’ held at the Hard Rock Cafe in New York City, Kurt Cobain’s famous olive green Manhattan brand cardigan which he wore during Nirvana’s appearance on MTV Unplugged in 1993, fetched for $334,000. It set the record for the most expensive sweater sold at an auction.

Back in 2015, it previously went on sale with a pre-auction estimate of $60,000 but was bought for $137,000 by former race car driver Garrett Kletjian who admitted he wore it just one time and had to take it off after less than a minute because “It’s kind of a weird, powerful thing when you do something like that, when we put on somebody else’s [clothes]. It’s like when they say you should walk in somebody else’s shoes. When I put that on, I was like, ‘Ah, no. God, I don’t want to wear this.'”

Described as “a blend of acrylic, mohair and Lycra with five-button closure (one button absent), with two exterior pockets, a burn hole and discoloration near left pocket and discoloration on right pocket”, its pre-auction estimate was $300,000 with a minimum bid of $200,000.

Darren Julien of Julien’s Auctions told Rolling Stone ahead of the auction, “It’s very important that we don’t wash it. The stains are still there. There’s even cigarettes burns that you can see on the sweater.”