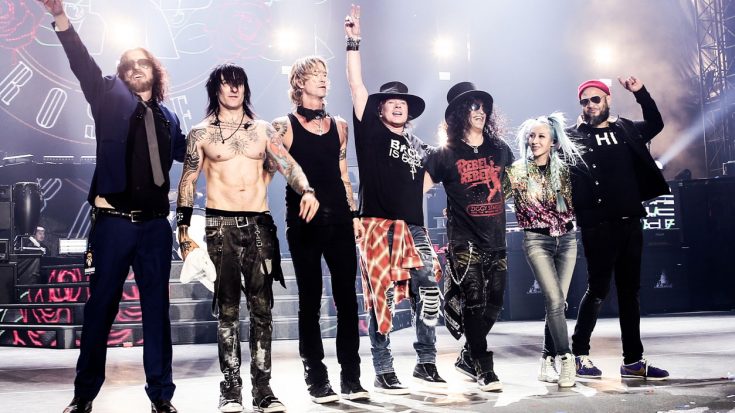 As If It Wasn’t Gonna Already Happen

As if we didn’t already know it would happen, Guns N’ Roses have made it official via a new video. Incase you’re unaware, in 2016 Guns N’ Roses embarked on a full length tour across the nation and it was an absolute success. It would only make sense that band would continue this legendary run. Guns N’ Roses were/are/and always will be one of the most talked about rock bands of the last 30 years. When they first announced their reunion, the news world was sent into a frenzy. And now, they’ve done it again!

What do you make of all of this? Are you excited to see what they have in store? As of right now we don’t know exactly what it is they’re planning. Most likely it will be another tour, or maybe even a new album! But who knows?

So I’ll just leave you with this. In this video above, did you hear something peculiar?