Journey’s ‘Don’t Stop Believin’ Is Given A Unique Makeover In The Style Of Jazz | See For Yourself! 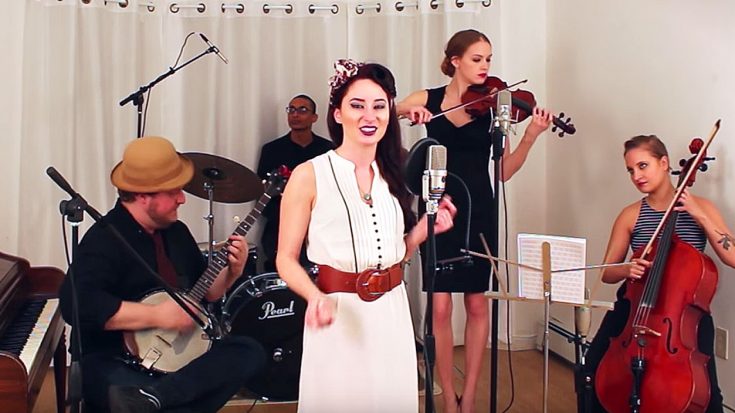 Would It Be Too Much To Call This Version… A Facelift?

As you know, Journey is responsible for creating some of our generation’s most timeless and anthemic rock songs ever. Whether it’s the bands hard rockingly majestic musicianship or Steve Perry’s hypnotic voice, you can’t help but feel enchanted after listening to this band’s amazing music. Not only are Journey one of the greatest rock band ever, but they are also one of the most underrated rock bands ever. This band is rarely given the credit they deserve for creating some of the most recognizable rock songs. They’re only JUST NOW being considered for a Rock & Roll Hall Of Fame induction, but anyway, could you imagine what it would sound like of one of their hit songs was played in the style of jazz? Well, imagine no longer!

What you’re about to watch is Robyn Adele Anderson and her “trad jazz” band perform a quite elegant cover of this hit song by Journey called Don’t Stop Believin’. Yes, a jazz version of this song sounds weird on paper, but just wait until you hear it for real! See for yourself!