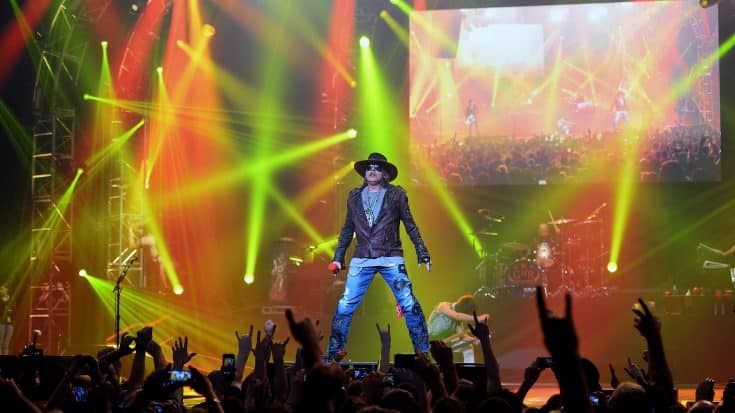 LAS VEGAS, NV - MAY 21: Singer Axl Rose of Guns N' Roses performs at The Joint inside the Hard Rock Hotel & Casino during the opening night of the band's second residency, "Guns N' Roses - An Evening of Destruction. No Trickery!" on May 21, 2014 in Las Vegas, Nevada. (Photo by Ethan Miller/Getty Images)

Guns N’ Roses have added more concert dates to their 2019 fall tour. On October 18, they will be in Guadalajara at the Estadio Jalisco and on October 20, they’ll perform in Tijuana at the Estadio Caliente. While it’s not exactly an extensive tour, it’s totally understandable especially since Slash has already confirmed that they’ll be working on new material in the studio. They will definitely have a lot on their plate and we’re just halfway through 2019!

“After those Guns dates we’ll be working on the record. When we finish the tour in the fall then we will commit on working on the next Guns record.” – Slash

That’s not all though because GnR just joined the lineup for this year’s Voodoo Music + Arts Experience in New Orleans. They will headline the event on the opening night on October 25 – just five days after their last show in Mexico.

Aside from the live performances, attendees will also get to enjoy art installations, food, and even a haunted house! It’s the perfect way to enjoy Halloween.