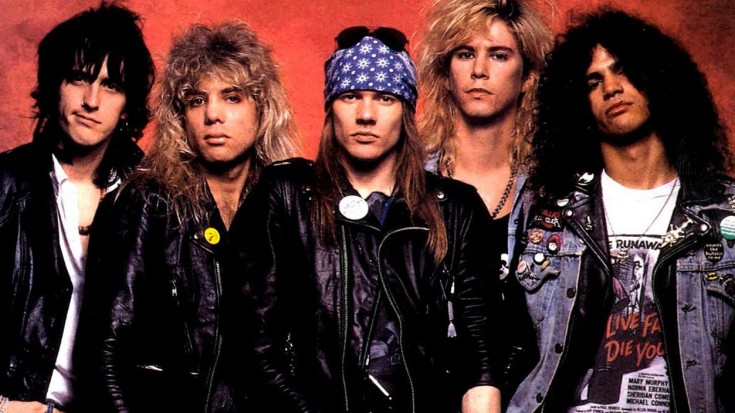 It’s been a whirlwind year for Guns N’ Roses. Reunions, headlining festival dates, tours slated to net the band millions upon millions of dollars – it looks like the guys are well on their way to the comeback most bands can only dream of, but what happens when the tour wraps in San Diego on August 22nd? Will they call the experience a success and at the end of the night part ways for the last time? If frontman Axl Rose has his way, not even close – in fact, this is just the beginning for Guns N’ Roses.

In an interview with fans at the China Exchange in London this week, Rose revealed that he’s been working on new music with his Guns N’ Roses bandmates – material he says has been ‘well received’ by bandmates Duff McKagan and Slash, who were reportedly spotted together in the studio earlier this year with Izzy Stradlin, further fueling speculation that a brand new Guns N’ Roses album could very well be on the horizon.

As excited as we are, we aren’t the only ones: Axl seems to be proud of the band’s growth and seriously invested in making things work this time, even taking a moment to tell fans that he’s happy with the current GNR lineup and hopes to keep it “going for quite a while.” We won’t see what the future holds for Guns N’ Roses until after the tour wraps and the guys – especially Axl – get some much needed rest after the tour of a lifetime, but we can promise you this: it won’t be boring!