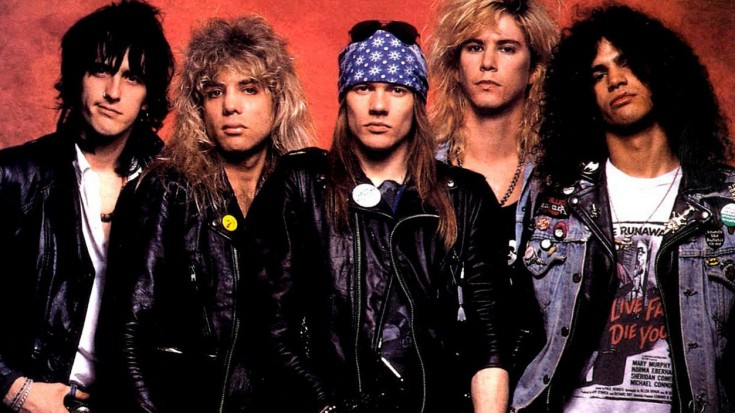 “I’m looking forward to celebrating them coming back together.”

As if we needed another reason to be excited about Guns N’ Roses and their highly anticipated Not In This Lifetime Tour! If tour openers Alice In Chains aren’t enough incentive to snag your tickets to the concert event of the season, then another newly announced tour opener might: as of this morning, rock legend and longtime friend of Guns N’ Roses Lenny Kravitz is slated to open a handful of dates on the band’s North American tour this summer, adding to the hype surrounding the tour that Axl Rose said would never happen.

We’re not the only ones excited – Lenny Kravitz says he’s “looking forward to playing with them and celebrating them coming back together,” and that the friendship between him and the guys in Guns N’ Roses goes back decades to when they were teens growing up in LA.

“I went to high school with Slash,” he says. “I’ve known Axl, Slash and Duff from the beginning. We all came up together, and we worked together.

I wrote ‘Always on the Run’ with Slash and he played on ‘Fields of Joy,’ both on my Mama Said album.“

Kravitz is slated to open for Guns N’ Roses on their Not In This Lifetime Tour in Foxboro, Massachusetts (July 19th and 20th) and East Rutherford, New Jersey (July 23rd and 24th). We don’t know whether more dates featuring Lenny will be announced later, but it’s pretty safe to say that much like the tour itself, this is going to be a once in a lifetime guest spot!