Remember When Ritchie Blackmore Blew Up An Amp Onstage? We Do, And It Was Awesome! 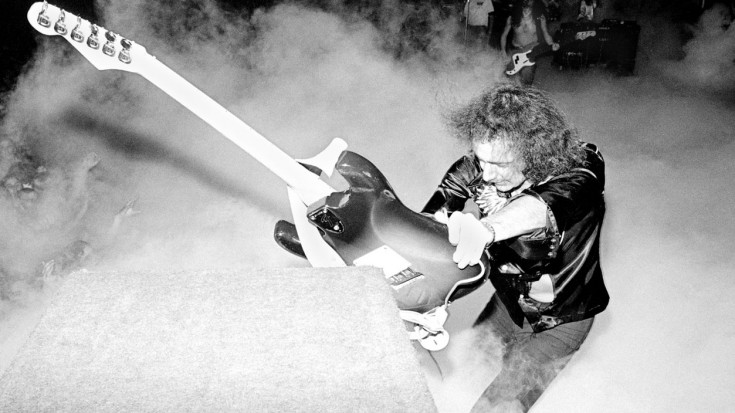 “It Was Just Overkill.”

While classic rock fans will dispute a great many things, the one thing that is never up for debate is the fact that Ritchie Blackmore of Deep Purple fame is about as rock and roll as one can get. Whether it’s throwing a steak across the room – followed by a baked potato – because it was awful or flat out refusing to get onstage, rock fans can always count on Ritchie to be the subject of a great story – but the one you’re about to hear tops them all!

In 1974, Deep Purple co-headlined California Jam with Emerson, Lake and Palmer under the condition that the band took the stage at dusk. Things began to unravel when Deep Purple were ordered onstage several hours earlier than planned, with Ritchie stalling for time by locking himself in his trailer for two hours.

“It Was Just Overkill – I didn’t realize it was gonna explode!”

When the band eventually took the stage at their previously agreed time, Ritchie made his unhappiness clear – he had a roadie douse his amps with gasoline, threw his own gear into the audience, danced all over his own guitars and assaulted a camera – but the real excitement came when the amps doused in gasoline actually exploded when what’s described as an “accident with pyrotechnics” went horribly wrong, igniting the amp stacks and blowing a hole in the stage.

Thankfully, no one was hurt – but the band was hit with a $10,000 bill for damages and had to escape via helicopter to evade the police. Don’t believe us? Hear it from the man himself in the video below and relive the chaos of California Jam with actual footage of the explosion!