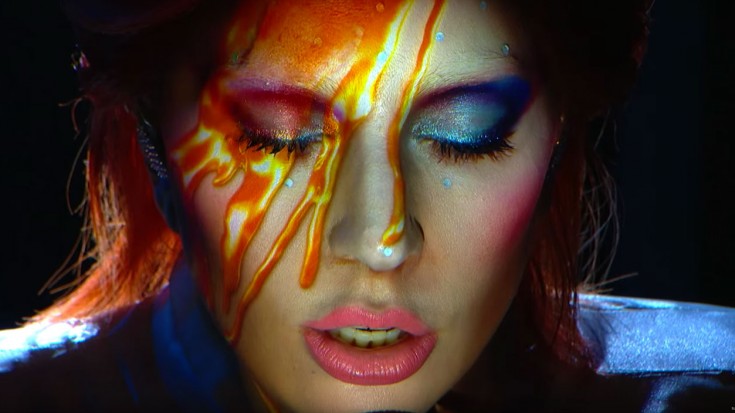 “The Most Incredible Honor Anyone’s Ever Given Me”

On a night where rock’s best and brightest are celebrated for their accomplishments in the music world, last night’s Grammy awards made sure to celebrate the lives and legacies of those we’ve lost in recent weeks, marking the evening with star studded tributes – most of whom were overshadowed by pop star Lady Gaga’s show stopping, theatrical salute to David Bowie, who died early this year after a lengthy battle with liver cancer.

In a performance that can only be described as absolutely outstanding, Gaga enlisted the help of several Bowie personas for an all-star medley that included several of the icon’s biggest hits; the singer managed to span every album from 1969’s Space Oddity to 1983’s Let’s Dance in just 6 minutes with the likes of Ziggy Stardust, Halloween Jack and The Thin White Duke – all while channeling the wildly creative spirit of David Bowie in a white, sparkling jumpsuit topped off by fire-engine red hair.

Uh oh! Lady Gaga may have given last night’s Grammy performance her all, but from the looks of things there was at least one Bowie fan who was unhappy with the performance: his son, Duncan Jones.

Jones, 44, made his feelings toward the performance known in this Twitter update:

“overexcited or irrational, typically as a result of infatuation or excessive enthusiasm; mentally confused.” Damn it! What IS that word!?

While there will never be another David Bowie in this lifetime – and possibly the next – it’s worth noting that Lady Gaga’s passion for her craft and immense respect for Bowie’s legacy shone through in last night’s performance. In a year that’s been fraught with the losses of some of rock’s most groundbreaking artists, her tribute to the man who fell to earth is nothing short of heartfelt and while undeniably Bowie, celebrates the creativity and innovation within Lady Gaga that only an artist like David Bowie could ever inspire.