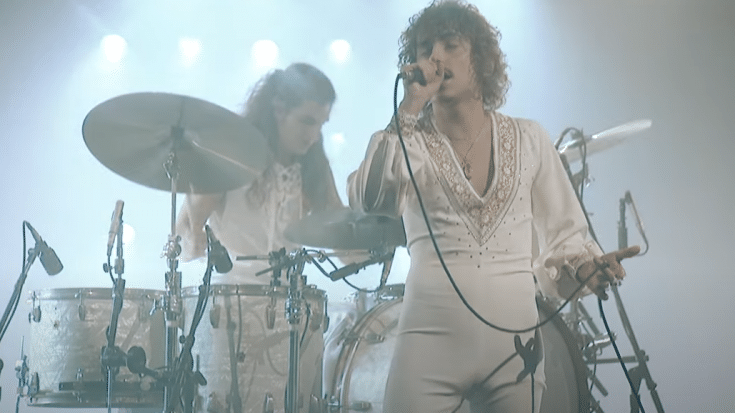 Haters accuse Greta Van Fleet of having zero originality but then again, even the biggest names in ’60s and ’70s rock wore their influences on their sleeve. Besides, at a time when being a musician is becoming a popularity contest thanks to social media, Greta Van Fleet is a breath of fresh air. They’re not subscribing to what’s trendy and are simply making music that they themselves truly love.

The band released their second studio album “The Battle at Garden’s Gate” on April 16, 2021 and yes, it’s good. It took them a while to follow-up 2018’s “Anthem of the Peaceful Army” but it’s well worth the wait. Their second LP debuted at #1 on Billboard’s Top Rock Albums Chart.

They’ve been streaming their live performances on their YouTube channel and these videos truly highlighted the band’s amazing musicianship. The vocal performance and delivery is impressive but what stole the show for us is the drumming. He went in hard, going wild and all-out behind the kit.

Also it goes without saying that the rest of Greta Van Fleet brought their A-game. Comparison to Led Zeppelin remains inevitable for these young rockers but hey, at least they’re keeping rock ‘n roll alive.