“Dirty Honey”: You’ve Gotta Hear This Band If You Love Classic Rock in 2021 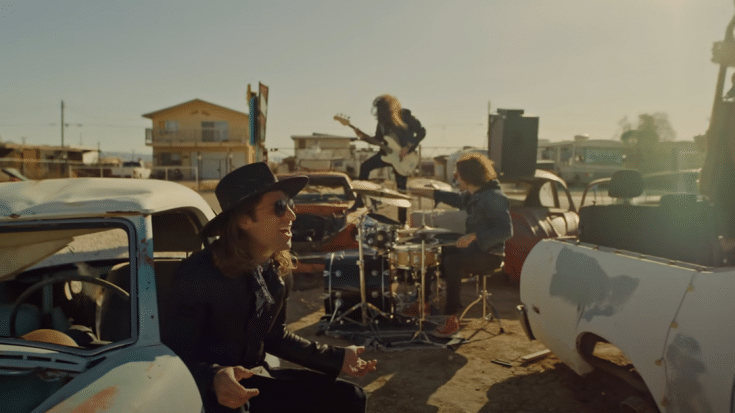 Whoever said rock music is dead in 2021 should listen to Los Angeles act Dirty Honey who previously had a series of successful singles. They just released their self-titled debut album in April 23 but before that, they previewed it with the opener and lead single “California Dreamin'”. It’s a soulful bluesy rocker that touches on the dark side of Golden State.

With its monster riffs and infectious sound, it’s definitely something that every classic rock fan will appreciate and enjoy.

In a press release, lead vocalist Marc LaBelle said: “Lots of people come out to California, chasing a dream, and sometimes, people just don’t make it.”

“California isn’t always the ‘land of milk and honey,’ dreams don’t always come true here, and that’s the perspective this song and video take,” he continued. “The video is a dream through California that showcases the good, the bad, and the ugly.”

The music video is directed by Scott Fleishman and you can watch it below.

“California Dreamin'” is also the title of a song from The Mamas & The Papas released in 1965. LaBelle explained to Rolling Stone, “I knew there already was a song called ‘California Dreaming’, but I wanted to do a different take on it.”