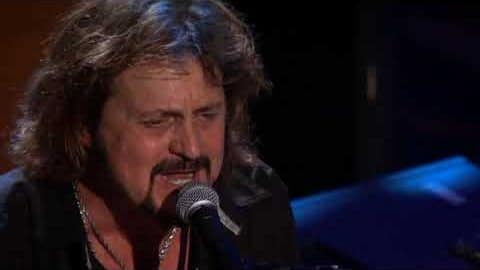 Journey‘s upcoming 50th-anniversary tour will include its co-founding member Gregg Rolie, according to guitarist Neal Schon.

Schon first gave this hint last November that Rolie might return. An obvious clue was given in the midst of the legal battle between Schon and keyboardist Jonathan Cain over the band’s finances. At the time, Schon shared a photo of himself with Rolie on Twitter, saying:

“Two original founding members. I think my brother Gregg Rolie should join us for the 2023 tour. What do you think, friends? He will spice it up, and we will have a great variety of songs to choose from.”

Just this last January 4, Schon posted to his Facebook a new graphic teasing Journey’s 50th-anniversary trek that is scheduled to kick off in early February. The band announced the run last October, once again pairing up with 2022 tourmates Toto, for North American dates that will carry over into late April.

Though he didn’t directly comment on Rolie upon his initial posting of the tour graphic, one fan stated in the comments:

“I am SO looking forward to this. Please tell me Gregg Rolie is coming along for the ride! He’s the better keyboard player and a co-founder it only seems right. Timing couldn’t be better either!!!!”

The comment was later on answered by Schon himself saying that “You’ll be seeing him.” However, the guitarist did not elaborate on what Rolie’s participation means for Cain’s spot in the band.

Between 1973 to 1980, Rolie was a member of Journey, and he was one of the band members that was honored with a Rock and Roll Hall of Fame induction. Following Rolie’s departure, Cain joined the group in 1980 and has remained a part of it throughout all of its active phases since.