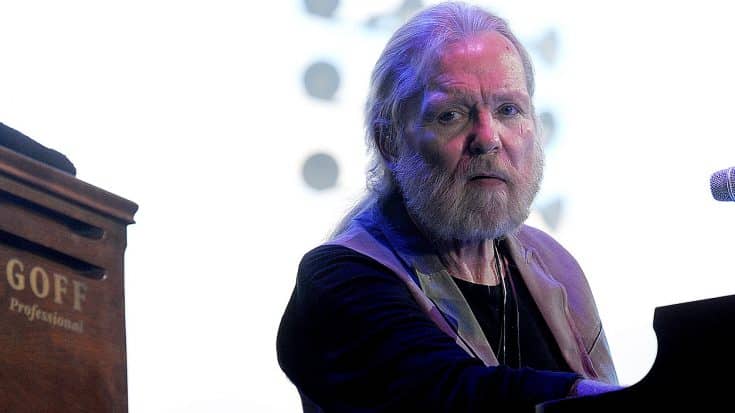 It was just two months ago when the news of Gregg Allman’s passing broke and when we all heard the news it sent a shockwave of sadness throughout the entire music community. It simply goes without saying that Gregg Allman was one of the most iconic and influential musicians that ever lived.

Anything he touched turned to gold and anything wrote instantly became timeless. He was one of the best, pure and simple.

Just before his passing, Gregg Allman was working on his 8th solo studio album titled Southern Blood. Luckily for us fans, a song off of that album has been released, and folks, it’s breathtaking!

Below is his newest song called My Only True Friend. Without giving away too much, the song is truly in a league of its own and if you listen to the words, you’ll hear the that the song is truly prophetic. Hear for yourself.