Gregg Allman’s Got A Clean Bill Of Health, And He’s Plotting One Hell Of A Return 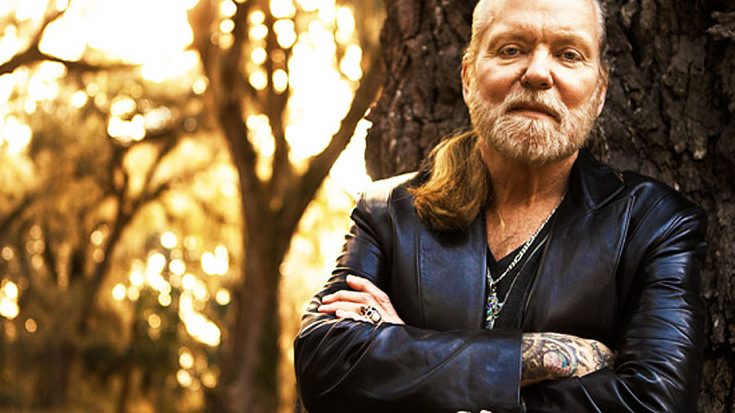 Rock Legend Slated For A September 25 Return To Stage

Earlier this summer we reported on Gregg Allman’s latest health struggles that saw the 68-year-old rock legend cancel over 3 months’ worth of tour dates amid an emergency trip to the Mayo Clinic where he’s been under a doctor’s care for several weeks. Now, with only 3 weeks until his own Laid Back Festival at Colorado’s Red Rocks, Gregg’s got some fantastic news for those of you who were hoping to catch a glimpse of the former Allman Brothers Band frontman: he’s been given a clean bill of health by his doctors and is slated for one hell of a return at Laid Back Red Rocks!

His only performance of summer 2016, Gregg’s appearance at Red Rocks was confirmed by a press release on his official website and promises an acoustic set by Gregg with the assistance of lead guitarist and music director Scott Sharrard before festival headliners ZZ Top take the stage, and when asked what spurred his decision to get back to the stage so soon, his answer was so characteristically Gregg Allman that we just had to smile:

“I just can’t wait to get back out there,” said Allman. “I’ve gotten so stir crazy these last few weeks. I feel best when I’m traveling and playing. That’s what keeps me going, and there’s no better place to start than Red Rocks.”

We’re so glad to see Gregg back where he belongs and with a clean bill of health and we wish him a great ‘welcome back’ show on the 25th of this month. Judging by the overwhelming show of love at last month’s Peach Music Festival, we have a pretty good feeling that his fans are just as excited as we are to see this rock legend doing what he does best. Welcome back, Gregg!