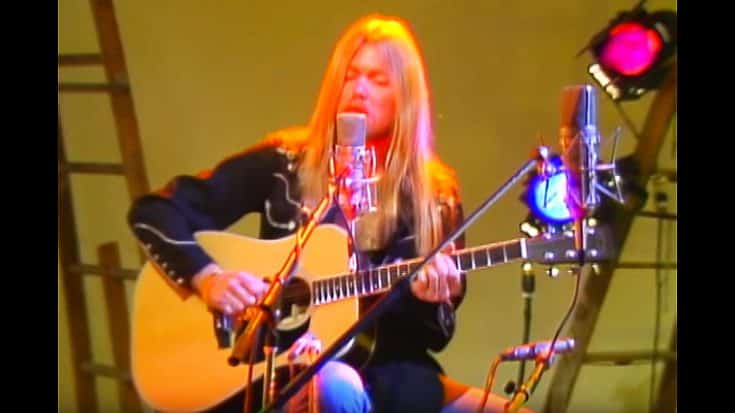 The Definition Of Heart & Soul

This man was without a doubt one of the most influential and iconic guitarists in all of music. His playing ability and song-writing skills were the stuff of legend. He had a style that was and is often imitated, but never duplicated. He was one of the best, pure and simple.

Then again, telling you all of this would just be repeating information that you already knew. Still, it bares all of the mentioning in the world given that with each performance it never gets any less amazing no matter the circumstances, and the proof is in this video!

What you’re about to watch is a video in which the aforementioned Gregg Allman picks up his acoustic guitar and performs his song “Come And Go Blues”. As it says in the headline, this performance is sure to tug at your heart strings, but also further cement Gregg Allman as one of the all time greats. Don’t believe me? See for yourself!