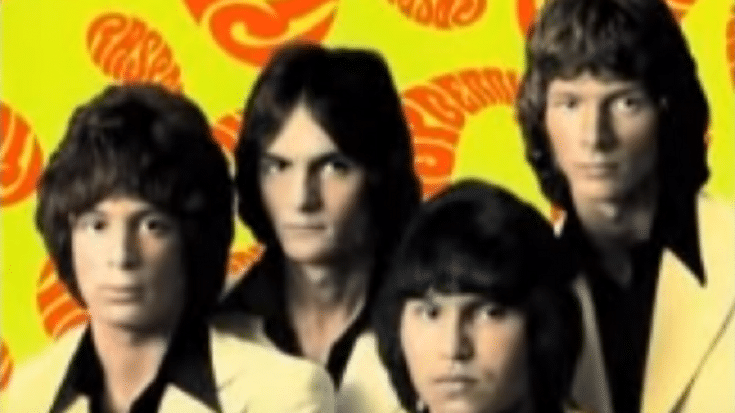 Although they didn’t exactly dominate the pop-rock scene in the ’70s, The Raspberries still had a series of hits and their teenybopper image gave them a pretty solid fan base. They were also an important figure in the power pop movement and we’re even being looked up to by other iconic rockers such as Bruce Springsteen, Tom Petty, Axl Rose, Paul Stanley, Ringo Starr and Courtney Love.

They drew inspiration from other bands like The Who, The Beatles, and The Hollies.

“Pete Townshend coined the phrase [power pop] to define what the Who did. For some reason, it didn’t stick to the Who, but it did stick to these groups that came out in the `70s that played kind of melodic songs with crunchy guitars and some wild drumming. It just kind of stuck to us like glue, and that was OK with us because the Who were among our highest role models. We absolutely loved the Who.” – Vocalist Eric Carmen

Even with so many other legends praising The Raspberries, they still remain under-appreciated. And in celebration of how they contributed into the development of the power pop music style, here are some of their best songs.

This song stood the test of time. It’s what a perfect melodic rock sounds like.

It’s what genuine talent sounds like. The vocal performance is superb. However, though it cracked the top 20 in the US Billboard Hot 100, it only peaked at #16. Nevertheless, it’s a wild ride from start to finish!

This is the band at their absolute best. A real musical gem.

It sounds like something Paul McCartney or Paul Simon wrote but still brilliant for all that.

It’s vibrant and electrifying. It defined The Raspberries’ sound and absolutely captured the magic of that era.