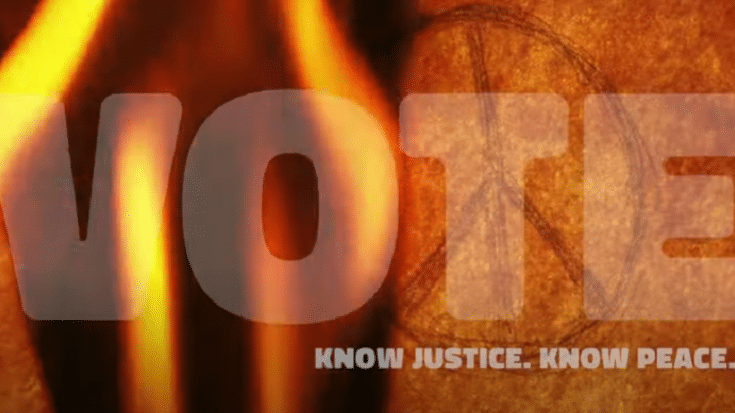 Graham Nash has released a new song titled “Vote” which he initially wrote in the 1970s as his response to Richard Nixon and the Watergate scandal but it wasn’t completed. He unearthed it last year and along with collaborator Shane Fontayne, they reworked the song on their tour bus and tweaked the lyrics to reflect current times. Listen to it below.

He tells Billboard that he has “been here since ’68 and watched every political contest going on and this is by far the strangest one.”

He also explains to Rolling Stone the motivation behind finishing and recording the track, “In 2016, 48% of the American people who could vote, didn’t. Now, maybe they thought Hillary had it sewn up. Maybe it was snowing that day. Maybe the kids were driving them crazy and they couldn’t get to the voting booth. But 48% of the people didn’t vote and look what happened. We must use the most powerful voice that we have, which is our vote.”

He adds, “I realized that basically all the weapons that the United States people have, have been taken away. I mean, in Texas — one [ballot drop-off] box for an entire county! It’s totally insane. And what they’ve done to the Post Office. They are trying to steal this election by voter suppression.”

Graham Nash is hoping “that American people will utilize the vote and bring Biden and Kamala into power.”