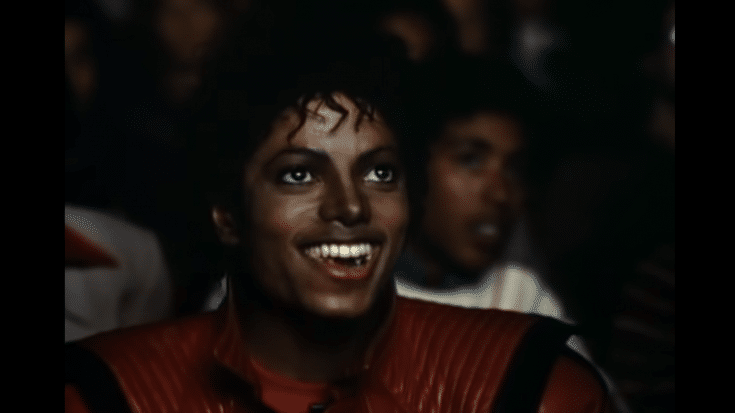 Ah, yes. It’s that time of the year before that plump and jolly man comes tumbling down the chimney. No, not Thanksgiving. We’re talking about the most unholy of nights – when ghouls, zombies, and witches come out to play. Most likely, you’d binge-watch horror flicks but hey, how about watching scary rock music videos instead? We compiled five of this and a word to the wise – never watch them past 10PM.

It doesn’t have those jump-scare moments but the images will likely be seared into your brain and you’d end up thinking about them when you’re trying to sleep at 2AM. The song itself was based on lead singer Robert Smith’s recurring nightmare about a spider and yes, the spider is there in the video. It’s gonna haunt your dreams.

It’s more disturbing than scary. Scenes of drowning, falling from the top of a tall building, snakes crawling all over, and being chased by a truck – it’s literally the stuff of everyone’s nightmares.

One of the few videos that cautions you before you can watch because honestly, there’s no going back. It’s haunting and creepy from start to end. It’s one of those music videos that’s scary enough to make you want to delete everything you’ve seen but also intriguing enough to make you want to watch it again. A bald, naked woman, a monkey tied to a cross, and Trent Reznor swinging in shackles – just a few of the images you won’t be able to get out of your head no matter how hard you try. They made two versions of this and of course, the unedited one made it to MTV’s list of most controversial videos.

Honestly, we could’ve just went ahead and posted all of Marilyn Manson’s music videos because they’re all creepy, disturbing and NSFW. His lifelong crusade is to shock people but he has outdone himself with this video because it’s hard to make it even just halfway through this.

A classic through and through, and no Halloween is complete without at least a nod to this iconic music video. Werewolf? Check. Zombies? Check. It never gets old.