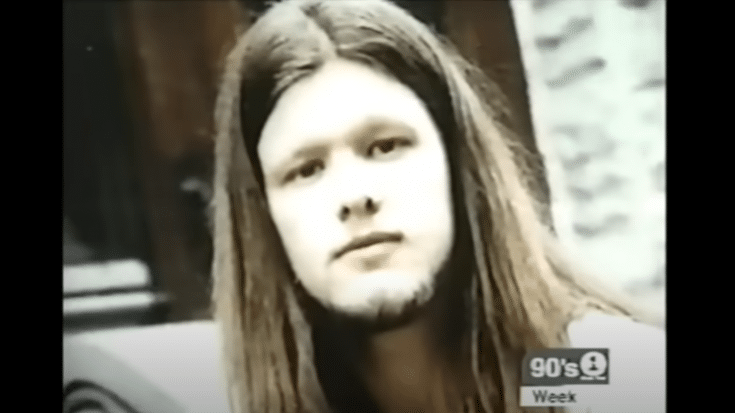 A Look Back At His Life

It was on October 21, 1995 when Blind Melon singer Shannon Hoon was found unresponsive in their tour bus by their sound engineer Lyle Eaves. Although an ambulance arrived not long, Hoon was pronounced dead at the scene. He was only 28 years old.

A few months prior, he entered a rehabilitation facility and when the band embarked on a tour in support of their second studio album “Soup”, a drug counselor accompanied him during the trek.

Born Richard Shannon Hoon, he grew up loving the music of the Grateful Dead, The Beatles, John Lennon, and Bob Dylan. After his high school graduation in 1985, he joined a local glam metal act who called themselves Styff Kytten. The first song he wrote was “Change” which was featured in Blind Melon’s debut record.

He moved to Los Angeles at the age of 18 and there landed a recording contract with Blind Melon. He befriended his sister Anna’s high school friend Axl Rose and together with his bandmates, they supported and opened for other legendary rock acts like Ozzy Osbourne, Guns N’ Roses, and Soundgarden.

Blind Melon got their break with the release of “No Rain” which was a huge hit and its accompanying music video received heavy rotation on MTV. But as soon as their broke into mainstream, Hoon’s drug use went from bad to worse. At a 1993 show in Vancouver, he was arrested for indecent exposure and a year later in Woodstock 1994, Hoon was allegedly so high on LSD that he took to the stage and performed in his girlfriend’s white dress.

A day before his death on October 20, 1995, they played in Houston and it was a disappointing performance to say the least. After the show, Hoon went into an all-night drug binge with cocaine. At one point, he even went out to look for more drugs. He eventually returned to the tour bus where he was found dead.

His grave is inscribed with a line from “Change” – “I know we can’t all stay here forever So I want to write my words on the face of today and they’ll paint it.”