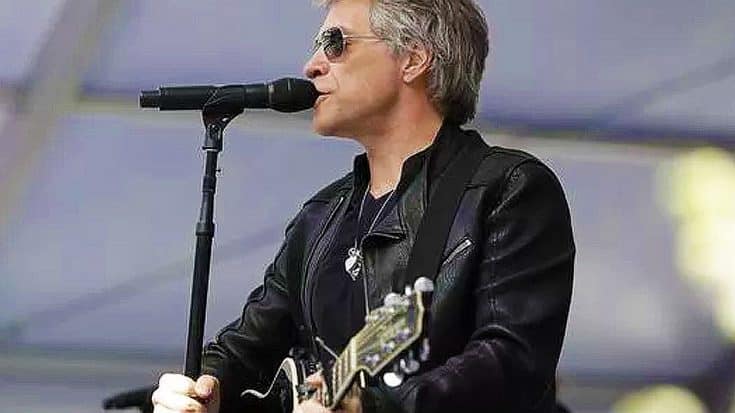 Tuesday was a day to remember for Fairleigh Dickinson University’s senior class; 2,600 students were graduating from the New Jersey college and with emotions and excitement already running high, their joy turned to surprise as New Jersey rock legend Bon Jovi walked onto the stage at MetLife Stadium Tuesday afternoon and served up a surprise acoustic performance for a graduation gift these kids will never forget.

Months ago, the Fairleigh Dickinson University senior class entered a contest through MTVU where they could tweet their best college memories with the hashtag #JBJReunion for a chance to have the singer crash their graduation ceremony; they won, and the unsuspecting grads had no idea that as they took their seats Tuesday afternoon and prepared to begin the next chapter of their lives in front of their families and friends, Bon Jovi was hiding in the locker rooms awaiting his big moment – and a what a moment it was!

“Today marks the end of one chapter in your life and the start of another,” Jon Bon Jovi told FDU’s graduates.

“Enjoy the book. You’re the one writing it.”

While Bon Jovi didn’t bring any of his typical staples like “Livin’ On A Prayer,” he did bring along a brand new song that was perfect for the occasion – “Reunion,” a song that implores grads like the kids at FDU to chase their dreams and live a life worth looking back on, advice that Bon Jovi gave his own children Stephanie and Jesse as they prepare to graduate from college this week. To Fairleigh Dickinson University’s graduating class of 2017, Bon Jovi had only this to offer as the last note of “Reunion” rang out: