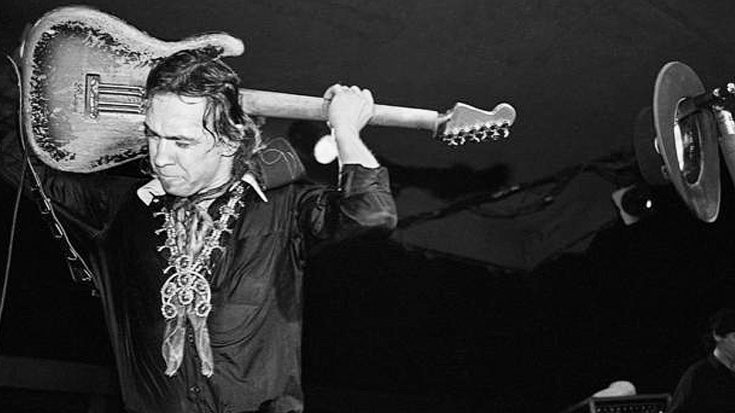 A Legend Covering Another Legend’s Music!

Stevie Ray Vaughan and Jimi Hendrix have a lot in common. They are both rock legends that completely changed the way we look at rock guitar, plus they were both gone too soon. Now there is a lot of vintage footage of the both of them on the internet, but what we have here is a little bit different, but every bit as special. It actually involves Stevie Ray Vaughan paying tribute to Jimi Hendrix. Here are the details.

What you’re about to watch is Stevie Ray Vaughan take to the stage in Nashville, Tennessee in 1987 to pay homage to the late rock legend known as Jimi Hendrix. He does this by playing his hit song Voodoo Child. You might think it’ll be just another generic cover, but as you watch the video, you’ll come to find out that it isn’t ordinary, it’s extraordinary!