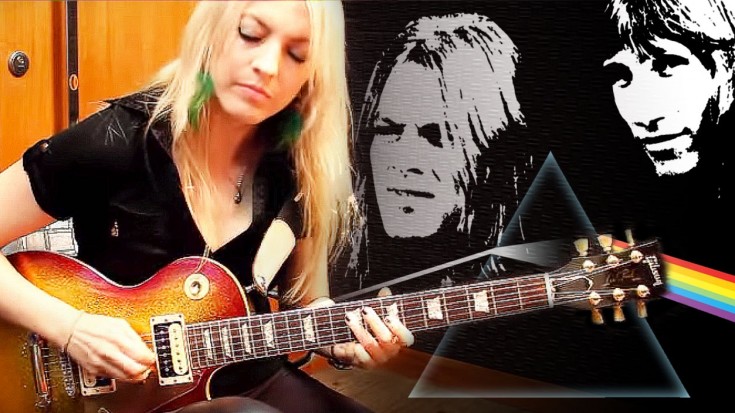 If you thought French teen Tina S. was amazing, then you need to check out Emily Hastings! She completely blows the competition out of the water with her rendition of the solo from Pink Floyd’s iconic ‘Comfortably Numb’, made famous by guitarist and frontman David Gilmour. From the moment she effortlessly glides into that opening string bend, it’s clear that Emily knows what she’s doing and is going to do it well. Add in the fact that her Gibson Les Paul is giving off the same warm, full tone that we loved in the original by David Gilmour and you have a recipe for something really wonderful!

David Gilmour says the solo didn’t happen on the first take. “I banged out five or six solos,” Gilmour says. “From there I just followed my usual procedure, jumping from phrase to phrase until everything flows together.”

The fact that it took Gilmour 5 or 6 tries to get it the way he wanted it to be heard makes Emily’s rendition all that much more impressive. We can’t imagine the hours she put into perfecting that solo, but we do know that the time and effort definitely paid off!