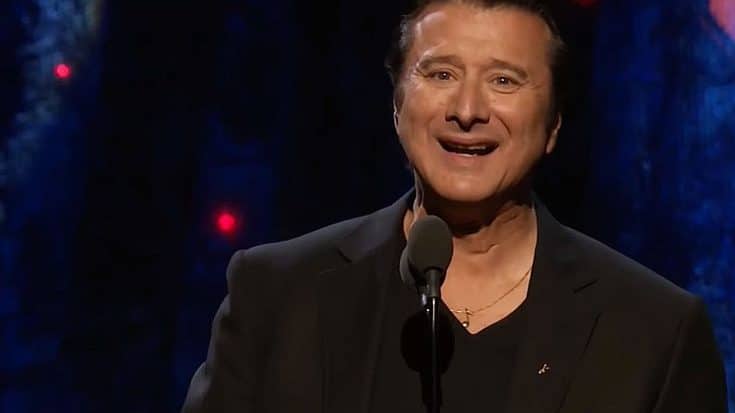 If you missed the excitement of last month’s highly anticipated Rock and Roll Hall of Fame ceremony, never fear; cable giant HBO finally aired the ceremony in its entirety over the weekend, giving fans an up close and personal glimpse into one of the night’s most talked about moments: the moment former Journey frontman Steve Perry appeared onstage with his bandmates.

While he ultimately decided against performing with Journey and left the honor to current singer Arnel Pineda – who got his wish and finally met his idol for the very first time – his acceptance speech reflected a lifetime’s worth of love and gratitude to his bandmates as he gushed about their respective talents and thanked them individually and by name for “all the music we’ve written and recorded together.”

Lastly, for the Journey fans who stopped believing that Steve heard them and cared, he had this to offer:

“You put us here,” he said. “We would not be here had it not been for you and your tireless love and consistent devotion. You never have stopped. I’ve been gone a long time, I understand that, but I want you to know that you’ve never not been in my heart.”

Check out Steve’s magical return to the stage in the video below – you definitely don’t want to miss this!