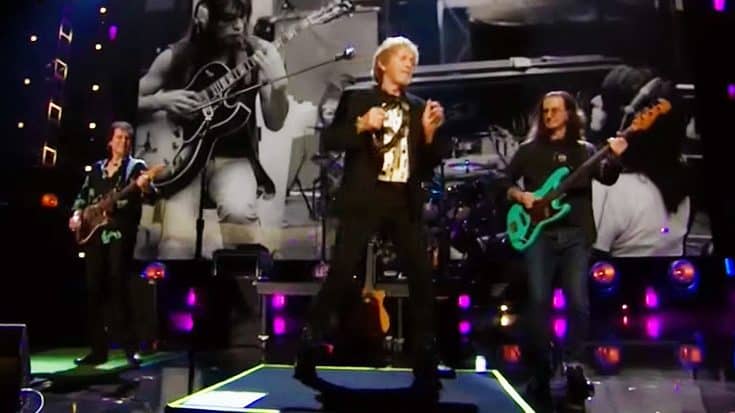 Over the weekend, HBO broadcasted the 2017 Rock N’ Roll Hall of Fame Induction Ceremony. Fans have been anxiously waiting about 3 weeks to finally see what went down at the event, and were pleased to find out watching this incredible footage!

One of the most talked about moments of the night, was Jon Anderson’s return to Yes. Yes fans were anxiously awaiting to see how he would be received by the band, and how great he would sound!

Fun Fact: He used to play the washboard at Little John’s Skiffle Group.

Well, after watching the official footage, we can honestly say he sounded incredible! The whole band, actually, was on their A-game and brought the house down! Rush’s Geddy Lee sat in with the band in place of the late-Chris Squire, and played the rousing “Roundabout” bass line to perfection! It’s almost hypnotic hearing him play on this song!

Check out the footage down below, and let us know what you think!