Get Ready, Poison Fans! Bret Michaels Has Some Major Plans For The Bands Future! 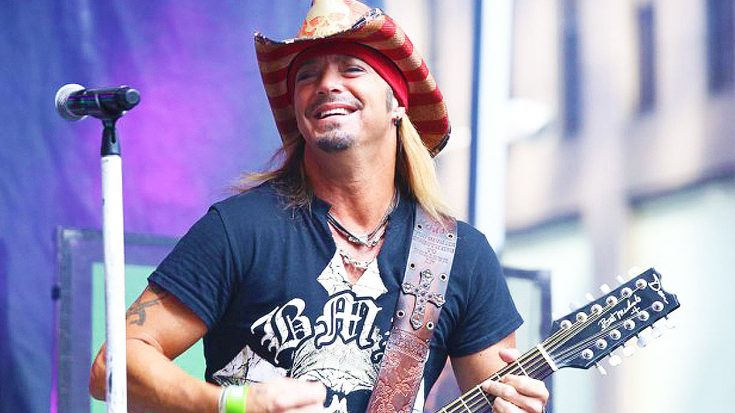 We can hardly contain the excitement!

Bret Michaels and Poison are gearing up to embark on a summer tour across North America with friends Def Leppard. With the tour quickly approaching, Michaels also revealed that he has some major plans for the band’s distant future!

Michaels revealed that he and the band are looking into doing some solo dates either after this summer’s co-headling tour, or after the tour concludes.

“We would all have to go do this and have a great time together and say, ‘Look, next year I think we’re gonna go out, just headline, pick out twenty or thirty dates, and go play.’ But I think we have to go through this… I think you just simply go through this. This isn’t gonna be one of those scenes where — God forbid — we’re ever inducted into the [Rock And Roll] Hall Of Fame and no one will show up or this; there’s none of that. It is truly as real as it gets. Those moments that we’re having a great time are real, and when it goes ugly, it’s real; it’s not a pre-thought-out thing. And I think we just go through this, have the best time in April, May and June. We’ve added more dates through Canada and a bunch of stuff, and just see where it goes. I would literally, when it’s done, say, ‘Hey, guys, I think it would be killer next year to go out, pick out some great headlining dates and have an amazing time again.”– Michaels said.

In addition to a solo tour, Poison have also been teasing a brand new album! Michaels is pushing for one, and is trying to get the other band members on board as well!

“Very simple. You know with me that I still live and breathe for the creativity and making new music. A lot of the reason, for me, to be able to go out with Pete Evick and all the guys in the solo band… We get on that bus and we truly get up there, and even before and after shows, we’re up there at soundcheck writing new music, playing new music. And, of course, one day it would be awesome. I don’t look at the business of it. It would be great if we could sit down as Poison and say, ‘Look, let’s just make a really fun, upbeat new ‘Nothin’ But A Good Time’ or ‘Talk Dirty To Me’…’ I’m not saying the same song, but something that just feels like what we do, obviously with modern production, and have a great time making a new song. But in the meantime, I’m gonna keep creating with what I do, with the solo band.” –Michaels revealed.

Hopefully Bret’s aspirations come true, and we see more of Poison in the future!