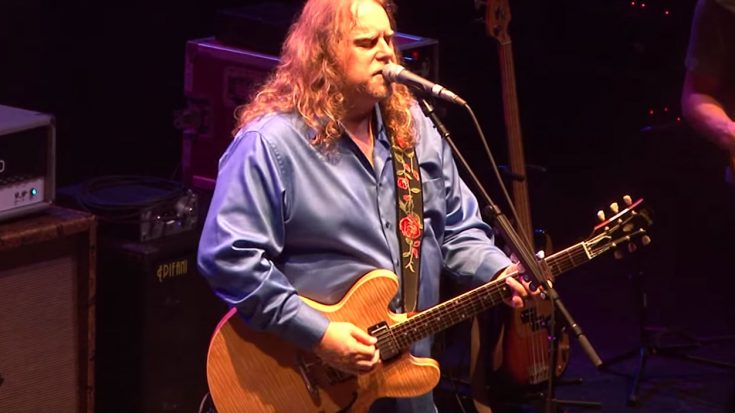 “I Wanna Rock Your Gypsy Soul…”

A great many Southern rock bands know how to rock, sure – but The Allman Brothers Band was unique in that they didn’t just rock, they actually made magic and in the years leading up to their 2014 split that magic was never more apparent than when we got the privilege to see them, no longer the long haired young men they began this journey as but fathers, husbands, and grandfathers with that twinkle of mischief still dancing in their eyes. In 2011, the boys converged on Boston’s Orpheum Theater where in addition to their own impressive song catalog, they dusted off a cover of Van Morrison’s dreamy, ethereal “Into The Mystic” and to the crowd’s delight delivered it with that gorgeous, swampy feel that makes their own music so special.

Written in 1970 and featured on Morrison’s album Moondance, “Into The Mystic” becomes a swirling, sweeping extended jam as Warren Haynes pulls double duty on guitar and vocals, supported by the ever talented Derek Trucks on slide guitar as he makes this classic sing in a way we’ve never heard before. The real magic happens at 4:48 when Haynes and Trucks team up for a twin guitar solo attack that can only be described as spellbinding, making for an explosive ending that you’ve got to experience for yourselves. Check it out in the video below and let us know: who did it better, The Allman Brothers Band or Van Morrison?