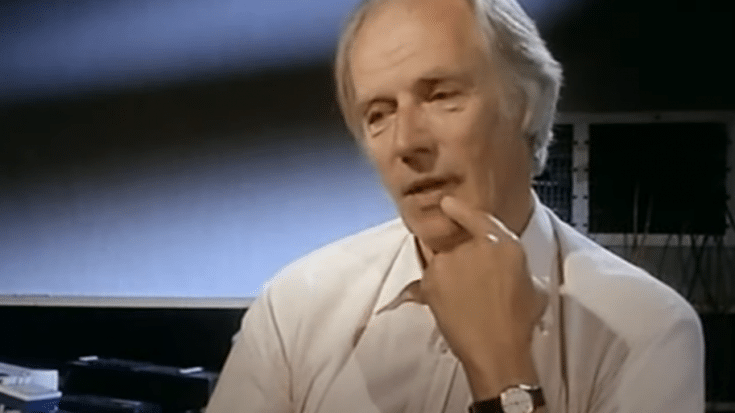 The late English record producer George Martin has told the story of his first encounter with The Beatles a lot of times during interviews and in the pages of his 1979 memoir All You Need Is Ears.

But just recently, his son Giles posted a heartwarming clip of an archival home movie footage of George that is seen reminiscing about his introduction to the Beatles and sharing it with his young granddaughter.

Martin met The Beatles when they travelled from Liverpool to London to meet him. He arranged an audition session on June 6, 1962, after they’d been memorably turned down by Decca Records.

“Well, that’s a silly name for a start,”

He remembers saying and continued,

“I met them in London and when I listened…it was ok but it wasn’t brilliant. But the magic bit came when I started to get to know them because they were terribly good people.”

Martin passed away on March 8 2016 at age 90. Paul McCartney delivered a eulogy praising Martin’s impact on The Beatles’ music. Last summer, a new music documentary titled Under The Volcano was released, which tells the story of Sir George Martin’s famous AIR Studios on Montserrat.

I don’t normally share anything personal but this my dad from a while back explaining to my daughter he signed the Beatles. Ordinary people do extraordinary things. Great decisions are made for the simplest reasons. “I figured if I like them this much other people might too” ❤️ pic.twitter.com/j4bf96b4zS