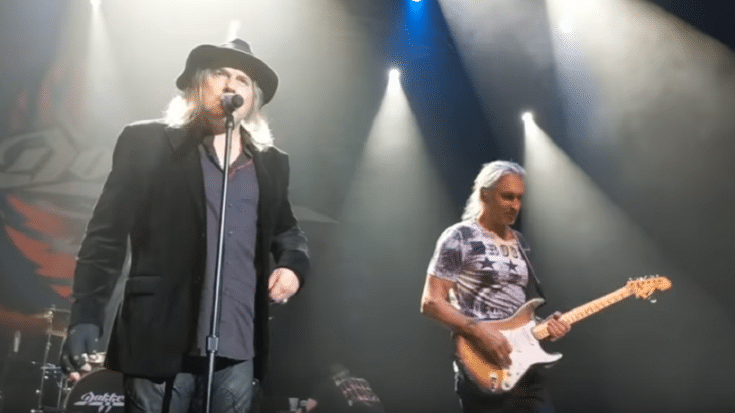 via James Front and Center Rocking Roll the night away/YouTube

Reunited For “Special Encore Performances” This 2020

On Friday March 6, former Dokken guitarist George Lynch reunited with his band at the Hard Rock Live in Biloxi, Mississippi and performed three of their classic hits – “Kiss Of Death”, “When Heaven Comes Down” and “Tooth And Nail”. This isn’t a one-off thing because Lynch will be rejoining Dokken for a series of “special encore performances” this year.

He told the crowd, “I’m sure you all know from the Internet that I had a bit of a problem; I had surgery. I woke up and I fucking couldn’t walk; I was paralyzed. And that’s the way it fucking goes. And the doctor said, ‘Well, you might be able to go on a walk.’ And I said, ‘You know what? Fuck you. I’m gonna go back on tour. I’m gonna fucking sing. Fuck you, doctors. We’re going on tour and we’re gonna kick some motherfuckin’ ass. And George called me and he said, ‘Are you all right?’ ‘Mmm, I’m hangin’ in there.’ So, here we are.”

You can check out the fan-filmed videos of the gig below.