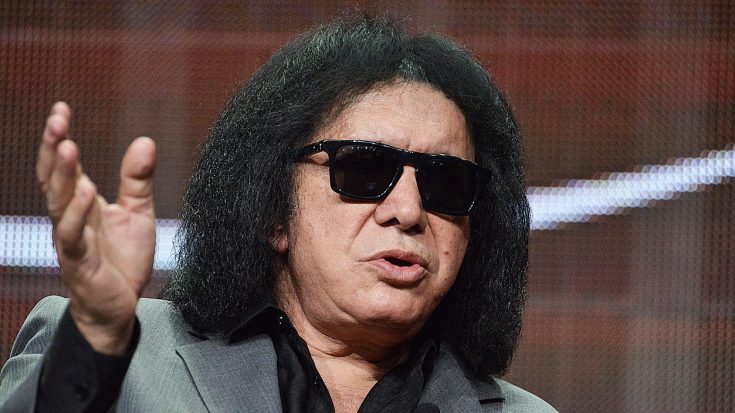 Gene Simmons Is Candid As Always

Whether you love him or hate him, you can’t deny that Gene Simmons is undoubtably one of the most influential and intelligent rockstars/businessmen ever. He is blunt, cunning, charming, and unapologetic. It’s what makes him Gene Simmons.

Gene Simmons is outspoken, we know that much. But exactly is it that he’s saying that makes people so angry? Well, plenty of things, but there’s one statement in particular that riles fans up every time. “Rock is dead.”

Again, you may not fully agree with this statement, heck even I don’t know if do or not, but it is a statement he stands by, and also a statement that he has just reaffirmed.

In a recent interview, Gene Simmons spoke again on this statement. Here is some of what he had to say.

“Rock is dead. It’s because of the Internet and Napster and all that stuff. Once you download and fileshare, then you’re not making it possible for a new band to be able to do this full time. There’s every bit as much talent out there as there as when we first started, but the new bands have to live in their mother’s basement because they can’t afford to do this full time, because people are just filesharing and downloading, and that’s their prerogative. We allowed it and we haven’t sued everybody’s pants off for doing that. So that’s everybody’s fault, the record company’s fault. “Try this, 1958 until 1988 is thirty years, right? During that time, with record companies, the big, bad corporate entities called record companies. Well, without them, there wouldn’t have been ElvisPresley, The Beatles, The Rolling Stones, Jimi Hendrix… you know, just a thousand classic bands. Even in disco, you got Madonna, you had Prince, U2, AC/DC, us maybe and a few others. And even in pop, you had Michael Jackson, Jackson 5… I mean, it’s just endless. From 1988 until today, who is the new Beatles? Name five bands that stand up to The Stones, The Beatles, Elvis, Jimi Hendrix and so on.”

Do you agree with Gene? Do you disagree? Let us know what you think in the comments!