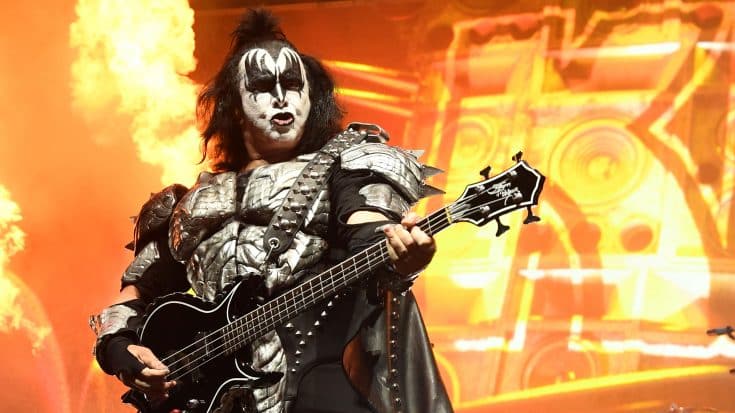 Watch The Amazing Features Below

KISS’ Gene Simmons is listing his Las Vegas Valley estate for $14.95 Million – less than a year after he purchased it. The 11,000-square-foot sprawling estate is located just south of the Las Vegas strip in the Ascaya community. It boasts of contemporary modern architecture in addition to spectacular views and exclusivity. There are six bedrooms and eight bathrooms, outdoor courtyard with a floating walkway over a koi pond, 11 attached garage spaces, and water features.

Other features of the mansion include an 11-seat movie theater and a private bar, a pool with lounge area and spa, and a custom sunken firepit.

It may be an amazing home fit for rock ‘n roll royalty, but Simmons revealed that his wife Shannon Tweed, and their two adult children never liked staying there.

“They’re not fans of 115-degree weather,” Simmons shared. “I bought the houses for my family because I love them.”

In 2020, Simmons told Architectural Digest that he was moving out of California because of taxes.

“I am moving our family to a state that is much more welcoming,” Simmons aid. “Washington state. Where there is no income tax, no local and state taxes. Federal taxes are enough.”