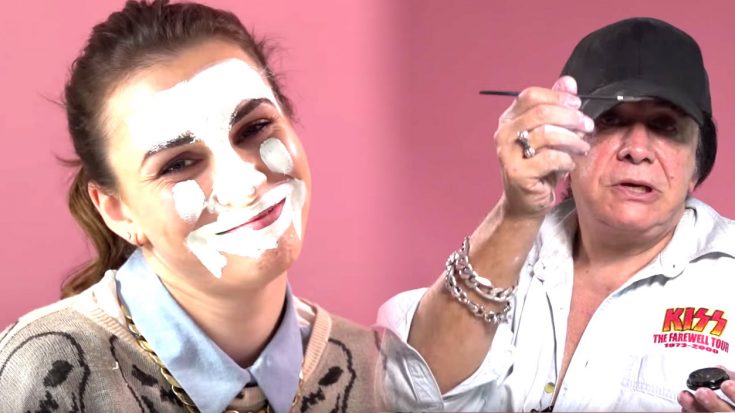 One of many things that made legendary rock band KISS stand out amongst the others was their eccentrically awesome makeup. Paul Stanley the rockstar, Gene Simmons the demon, Ace Frehley the outer-space man, and Peter Criss the Cat-Man. It’s one of many things that made them awesome. For years, we’ve seen fans of the band dawn the same iconic face-paint, and some of them pretty much nail the makeup job, but imagine what it would be like to get a lesson from the man himself, Gene Simmons. Luckily, we’ve got that covered!

In this video here, Gene Simmons give an in depth tutorial of how to apply the iconic face-paint that he dawns on for every show, but what makes this particular tutorial interesting is that the subject for this lesson, is his daughter. It’s a pretty fascinating video that you’ll get a kick out of, check it out!