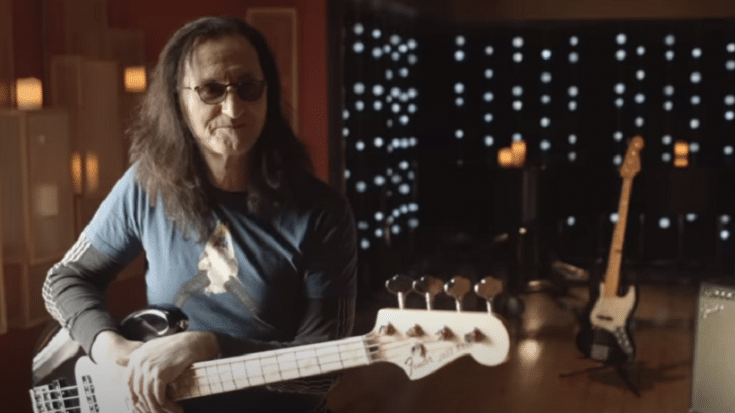 In a new interview with National Post‘s John Ivison, Rush frontman and bassist Geddy Lee looks back at Rush’s career and extremely loyal fanbase. When drummer Neil Peart died in January, it was a huge blow not just to the rock ‘n roll industry but mostly to fans who, in a way, felt like they lost a loved one.

Asked how the band managed to resonate with people this way, Lee answered: “That’s a hard question for me to answer. We had a long career; we always went our own way; we weren’t afraid to laugh at ourselves – that sense of humour was definitely something we made sure was present in our lives shows.”

He continued, “I think the camaraderie we had for so many years – we really were very close friends. Alex and I still are. I think that struck home with a lot of fans. People like to see long marriages and long relationships, people who work together without acrimony. Maintaining that civility and friendship, I think appealed to people because everyone wishes to be in that kind of situation.”

After Peart’s retirement in 2015, Rush was no more but both Alex Lifeson and Lee have kept themselves busy. And so, it it possible for Lee to stage a comeback with new music?

He said, “It’s interesting, I recently re-released my album (his 2000 solo album My Favourite Headache) on vinyl and that forced me to listen to it again. I’m very proud of it – it’s a very intricate record, a deep record, and a lot of love and passion went into it. It did get me thinking that one day I’d like to take that on the road, so you never know.”

Unfortunately for Rush fans, he has “no firm plans to do anything right now.” But he also added that “It’s not a time when one can plan much, so only time will tell if that comes to fruition.”