Gavin DeGraw Channels Vulnerability, Pride In Stirring Music Video For “Not Over You” 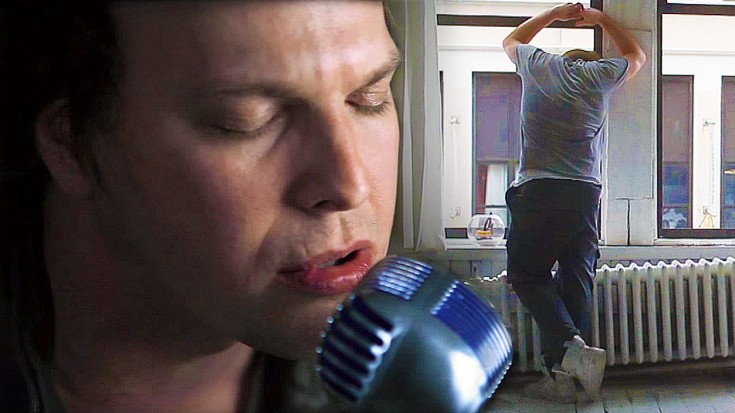 May 2011 saw the release of Gavin DeGraw’s smash hit “Not Over You,” a piano driven collaboration between DeGraw and OneRepublic’s Ryan Tedder that highlights the immense pain that comes with being vulnerable at the end of a relationship and the struggle to pretend you’re over it when you’re clearly not.

Always one to write from the heart, calling forth his own life experiences when crafting songs, Gavin brilliantly conveys the struggle between heart and head in the accompanying music video for “Not Over You”; featuring the lovely Marjorie Levesque as Gavin’s love interest, the music video centers around Gavin and Marjorie chasing after each other, constantly missing each other by mere moments in a frenzied chase around the city in hopes of once again finding each other and reconciling after a breakup.

“You create this scenario – you see them in your dreams and if you bumped into them, you would let them know that you’re doing fine and you’re past the breakup – but you’d be lying.”

One of our favorite music videos from the singer-songwriter, “Not Over You” is one that definitely resonates with fans far and wide as they can no doubt empathize with the song’s overall theme of trying desperately to maintain your pride through missing your other and better half.

Despite the sad nature of the video as Gavin and his love interest miss each other as they’re both seen revisiting key locations from their relationship’s history – a favorite Chinese restaurant, the boardwalk – in between shots of Gavin singing with his band, there is a happy ending if you stick around until the end of the video. Catch the moment that will restore your faith in love and much, much more in the video below!