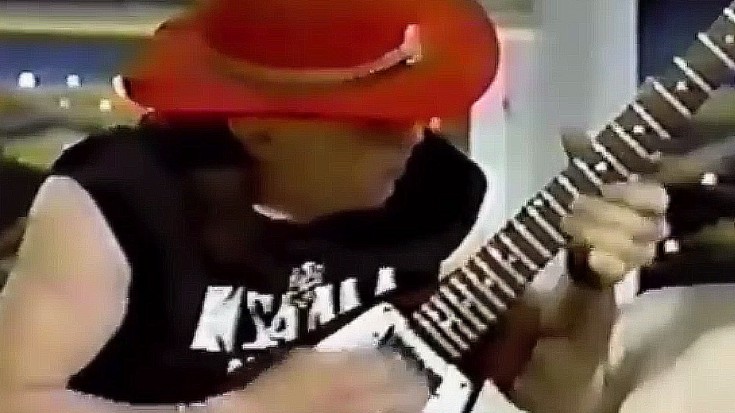 One of the things we’ll always love about Stevie Ray Vaughan is how at ease he was when he had a guitar in his hands. Honestly; whether it was rolling right out of bed and onto the stage or in this case, jamming while sitting on a talk show host’s couch, the world was Stevie’s stage and where other artists turned on and off in between shows, Stevie’s passion for guitar playing was on auto-pilot! In this exclusive footage from Forgotten Guitar, Stevie Ray Vaughan and Double Trouble are seen guest-starring on MTV Japan where instead of giving your regular, run of the mill interview, Stevie picks up a Gibson Flying V – a departure from his usual Fender Stratocaster – and launches into a bluesy little impromptu jam session with the help of drummer Chris Layton, who caught up in the rhythm uses the couch cushions as a makeshift snare drum.

It’s one of the few Stevie Ray Vaughan videos we’ve never seen before, and if it delighted us this much then we can only imagine how much fun you’ll have checking out this rare find!