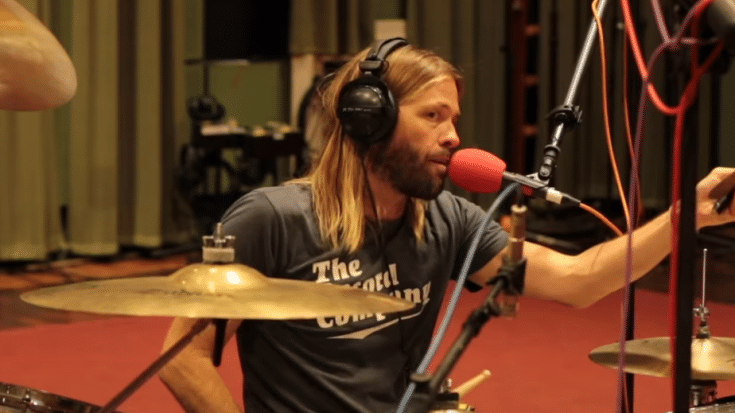 It’s been almost two months since the world was shocked about the sudden death of Taylor Hawkins. Since then, tributes for the late drummer has been held in different parts of the world.

Just recently, a new Rolling Stone article has been published where friends and colleagues of Hawkins have been interviewed talking about the drummer’s final days. Some of them stated that Hawkins opened up to them about his uncertainty on the overwhelming tour schedule of the Foo Fighters.

Two of the people who did the interview were Hawkins’ fellow drummers and closest friends, Matt Cameron of Pearl Jam and Chad Smith of Red Hot Chili Peppers. Both of them claimed that Hawkins expressed his concerns to Dave Grohl prior to his passing.

In the article, Cameron explained:

“He had a heart-to-heart with Dave and, yeah, he told me that he ‘couldn’t fucking do it anymore’—those were his words. So I guess they did come to some understanding, but it just seems like the touring schedule got even crazier after that.”

However, according to the representative of Foo Fighters, Hawkins didn’t raise the issue and argued that there was “never a ‘heart-to-heart’—or any sort of meeting on this topic—with Dave and [Silva Artist Management].”

There was also a reported incident where Hawkins lost consciousness on a plane to Chicago. Again, Foo Fighters’ representative denied the claim.

“He just said he was exhausted and collapsed, and they had to pump him full of IVs and stuff. He was dehydrated and all kinds of stuff.”

Just like Cameron’s statement, he also claimed that Hawkins approached him later and said:

“That was one of the straws that broke the camel’s back. After that, he had a real important heart-to-heart with Dave and the management. He said, ‘I can’t continue on this schedule, and so we’ve got to figure out something.'”

Foo Fighters’ last live performance with Hawkins was at the Lollapalooza Argentina on March 20. The late drummer was reportedly found dead on March 25 in his hotel room in Bogota, Columbia, where the band was scheduled to perform at the Festival Estereo Picnic.

Hawkins’ death was shortly categorized as an overdose after finding 10 different psychoactive substances in his system the night he died as stated by the Office of the Attorney General of Colombia. An exact cause of death has yet to be determined.