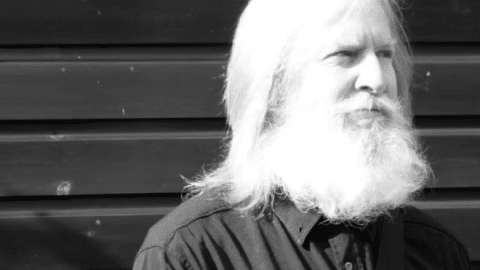 Ricky Gardiner, guitarist for David Bowie and Iggy Pop has passed away at the age 73. Gardiner is best known for co-writing Iggy Pop’s classic “The Passenger” and working on Bowie’s hits “Success” and “Neighborhood Threat.”

The late guitarist has said to be living with Parkinson’s disease, but his cause of death hasn’t been reported yet. Iggy Pop and producer Tony Visconti have both taken to social media their reaction to Gardiner’s passing.

“Dearest Ricky, lovely, lovely man, shirtless in your coveralls, nicest guy who ever played guitar. Thanks for the memories and the songs, rest eternal in peace.”

Born in 1948, Gardiner taught himself how to play the instruments from his early childhood. Later on, he co-founded the prog-rock band Beggars Opera in 1969 until eventually departing in 1975. He found himself touring with both Bowie and Iggy Pop and collaborating with them.

In an interview about co-writing “The Passenger,” Gardiner said:

“I heard myself playing in the distance. The strength, inherent in a round, arrested my attention and I registered the sequence for future use.”

Gardiner continued making music, even after his famed years. He focused making electronic and meditation sounds. However, in 2006, he revealed to be struggling with electrosensitivity, which made it harder for him to produce his works.

Even so, Gardiner surely made a mark in the music industry contributing his talents to some of the biggest rock icons and he will always be remembered.

MESSAGE FROM IGGY:
"Dearest Ricky, lovely, lovely man, shirtless in your coveralls, nicest guy who ever played guitar.
Thanks for the memories and the songs, rest eternal in peace."

Just to let all of you know the sad news of my Dad’s passing at dawn on Friday the 13th of May. He had suffered horribly in his last years with Parkinson’s PSP where he’d lost mobility, speech and required 24 hour care. He was nothing but stoic, strong and determined right (1) pic.twitter.com/CfOaJR5sn2