Frank Zappa Kicked Off SNL After Making This Snarky Comment 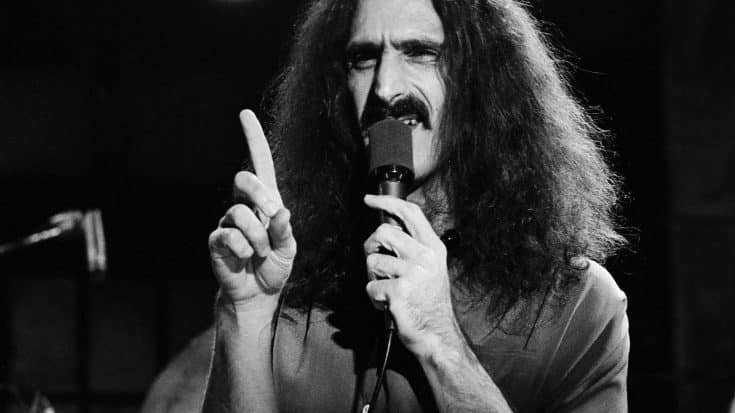 Just Doing What A Rock God Does

Did you really think SNL was a showcase of natural comedians? Nope- and Frank Zappa proved it very early on. He was the host and musical guest in his 1978 agreement with Saturday Night Live.  It is admittedly a bit confusing that Zappa did in fact agree to certain terms in order to be brought onto the show- then completely through caution to the wind.  He starts off the show by telling the audience to “keep in mind” that he is reading off of cue cards and not in fact being a sincere host. Nerve Magazine has even gone as far to label him as Saturday Night Live’s second worst host in the show’s history. Lest we forget that in a twisted turn of irony- Zappa was being hilarious. He was revealing a side to television that at the time, was not exposed regularly or at all and the audience was laughing the entire time. But this is showbiz baby, and not  abiding by your contract is sure shot to have you kicked off or banned from a show like SNL.

There was a week of preparation before the live airing of the show that Frank Zappa was scheduled to host. Apparently, he wasn’t quite meshing with the cast and this could have been part of Zappa’s animosity towards the show. Some cast members even refused to engage with the rock star during the “goodnight” segment of the live telecast. Though there are surely some parts to the story that will never be known to the public, Zappa’s lack of interest in putting his best foot forward solidified the producer’s decision to ban him from coming back. Something tells me that Zappa wouldn’t have been particularly bothered by the SNL’s executive decision. Frank Zappa was a ridiculously talented musician and never had any hesitation in being out- spoken or making all of his performances as genuine as possible. He certainly and respectively lived life on his own terms.