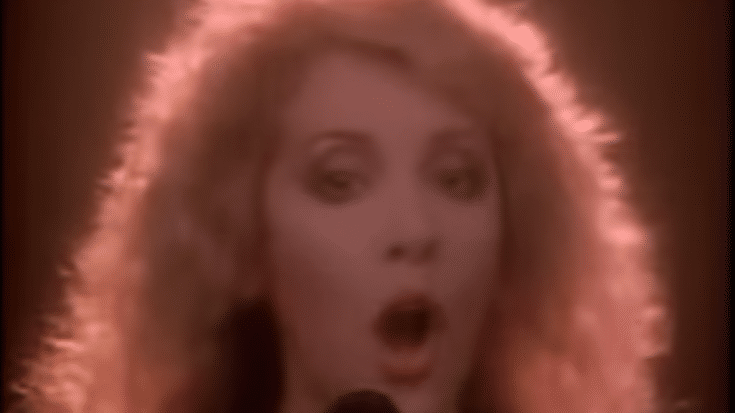 What does a rock goddess do after getting married?

Crank out a classic rock hit- of course! On the freeway, right after getting married to Kim Anderson, Fleetwood Mac’s front woman hear’s Prince’s “Little Red Corvette.” The couple was actually planning to drive to Santa Barbara for their honeymoon- but there were more important things to take care of. Stevie Nicks knew that there was something there she had to record. She began to sing “Stand Back!” during Prince’s tune. The couple pulled over to find a tape recorder so that Stevie could continue work on the impromptu track. Like the natural music maker she is, Nicks skipped a traditional romantic wedding night to stay up and record “Stand Back.”  Nicks explains the differences between the two songs on the Ultimate Classic Rock Night radio show , “We get the song, and I’m basically using Prince’s instrumental melody. What I’m singing along is very, very different from what he’s singing. I’m singing in and out of all of the holes.”

Prince is a musical genius unto himself. When you listen to “Little Red Corvette,” you know that it’s not just another bop- it’s a finely tuned and produced piece of art. Stevie Nicks has the same ferocity in her musical production. The day she returned to work at Sunset Sound studios, she knew she had to include the inspirer of “Stand Back.” Nicks phoned Prince, who was nearby, to formally invite him to work on the track with her- and he said yes! Upon arrival, the “Little Red Corvette” artist walks up to the synthesizers and simply lays down a track for the “Stand Back” production.  Nicks describes that surreal day with a bit of amusement. “Takes him an hour; he gives me a little ‘I don’t really know you’ hug, and, uh, he’s gone. Like a little spirit,” she says. The short time that it took to put together “Stand Back” isn’t surprising given that both artists are natural musical masterminds. “Stand Back” was included on Nick’s second solo album, The Wild Heart (1983), and reached number 5 on the Billboard Hot 100.