Frampton Conquers Fear, Triumphs With Stunning Acoustic Take On “Do You Feel Like I Do” 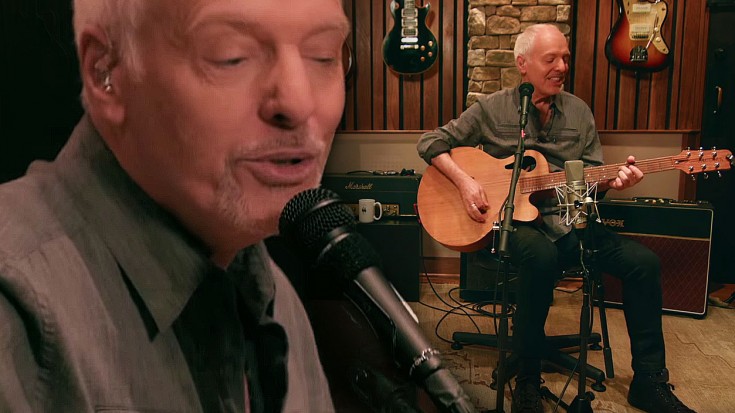 One of our favorite musicians of the 20th century, rock legend Peter Frampton is never one to shy away from a challenge, no matter how daunting it may initially appear. It’s his courage, paired with an otherworldly gift for turning all of his projects into musical gold that resulted in 2016’s highly-anticipated Acoustic Classics album – an 11 song acoustic take on Frampton’s greatest hits featuring an incredibly special version of 1973’s smash hit “Do You Feel Like We Do”. Known on Acoustic Classics as “Do You Feel Like I Do” to tie in with the album’s acoustic theme, this Frampton classic was a labor of love for the Grammy Award winner – and actually almost never made it onto the album!

“I thought it was a jam song better suited for a full band – but I decided…’All right, let’s give it a go,’” he explains.

“So I just tried the intro, and then I put the harmony line on it with a different acoustic, and it made me smile. And I thought, ‘This could be fun.’”

Though the original featured on Frampton’s Camel and later Frampton Comes Alive! is heavily guitar and talkbox driven – understandably making the task of transposing and arranging it for an acoustic guitar more than a little daunting for Peter at times – the final result of “Do You Feel Like I Do” is absolutely beautiful and perfectly showcases Peter Frampton’s exemplary gift for the guitar.

Without various pedals and effects in the mix, suddenly this classic becomes something uniquely Peter – from the first snappy string bend to the accompanying harmony from friend Gordon Kennedy, “Do You Feel Like I Do” is an absolute masterpiece, and a great take on an timeless classic that every fan needs to check out!