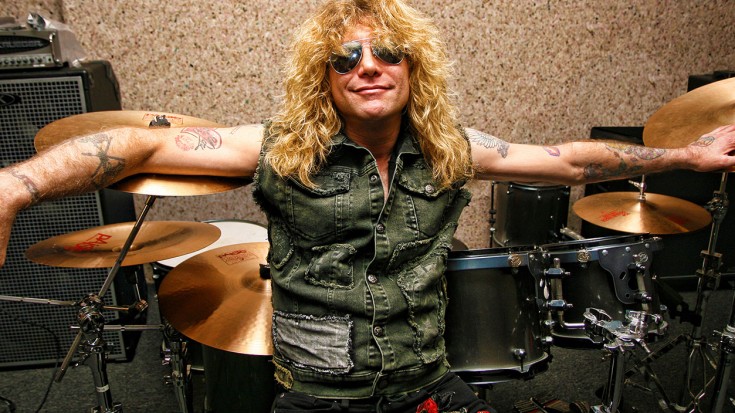 “On The Drums…You Might Know This Guy, Mr. Steven Adler!”

Rock and roll hasn’t had many happy moments this year, but last night proved to be one of the happiest moments we’ve seen in a long, long, time. It’s taken 2 decades, a widely publicized battle with substance abuse, and a great deal of patience but last night saw Appetite For Destruction era drummer Steven Adler make his return to Guns N’ Roses for the first time in 26 years.

The surprise came during the Cincinnati stop on the band’s Not In This Lifetime… tour when just before launching into “Out Ta Get Me” and “My Michelle,” Axl Rose smiled and said, “On the drums…you might know this guy, ladies and gentlemen Mr. Steven Adler!” before Steven appeared looking healthy, happy, and smiling wider than I think we’ve ever seen!

Just last week we mentioned that our greatest wish for the 51-year-old drummer was to see him hit the stage with Axl, Duff, and Slash after footage surfaced of Steven jamming “Paradise City” at home and now it looks like his impromptu jam session wasn’t quite so impromptu after all – he was giving us a taste of what was to come!

We can’t even begin to express our excitement at Steven rejoining Guns N’ Roses last night, even if it was only for two songs and just for a night; he’s worked hard to get to the other side and past his personal demons, and to know that his former bandmates have seen his progress and dedication to getting back out there where he belongs is nothing short of heartwarming. No word as to whether we’ll see more of Steven as the tour progresses, but there’s no denying the magic of last night!

Now, if we could get a handle on Izzy Stradlin…