For Metallica’s James Hetfield, This Lynyrd Skynyrd Classic Hits Home Like No Other Song Can 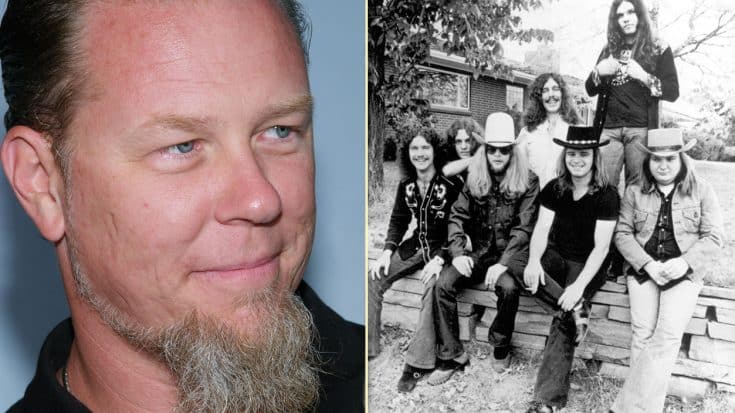 In the rock world, all roads eventually lead back to Lynyrd Skynyrd. No one knows how to craft a classic the way these Jacksonville natives do; poetry laced with enough heart to make you feel something and enough grit to inspire you to pull yourself up by the bootstraps, get back on your horse and keep going, Lynyrd Skynyrd’s song catalog is one that’s crossed genres over the years to inspire the likes of Metallica’s Cliff Burton, who until his death remained a fan of Ed King’s guitar playing and James Hetfield, who felt the band’s influence in a way that would have made Ronnie Van Zant proud.

Just 14 when Lynyrd Skynyrd’s plane crash claimed Ronnie Van Zant’s life, Hetfield, whose own band covered “Tuesday’s Gone” in 1994 with the help of Gary Rossington, is a lifelong fan of Lynyrd Skynyrd, but there’s one classic in particular that not only makes him smile whenever he hears it, but that he says defined a major part of  his life.

“Free Bird” fit my life for the first 20 years on the road — not really getting too attached to stuff, living life for the moment and moving on,” revealed Hetfield in 2004.

The revelation came in the form of a 2004 interview with Blabbermouth where together with Ozzy Osbourne, James listed the 10 songs he classifies as the “Greatest Songs Of All Time,” wasting no time by immediately launching “Free Bird” to the top of the list.

Amazing, isn’t it? The legacy forged by Lynyrd Skynyrd on that baseball diamond a lifetime ago is still finding new ways to touch musicians of every genre all over the world, and though we’ve never had the profound pleasure and privilege of knowing Ronnie, something tells us he’d be mighty pleased to know that the lyrics he wrote in mere minutes are creating brand new generations of ‘free birds’ everyday!