Footage Leaks Of David Bowie Rehearsing “Under Pressure,” And It’s Everything You’ve Ever Dreamed Of! 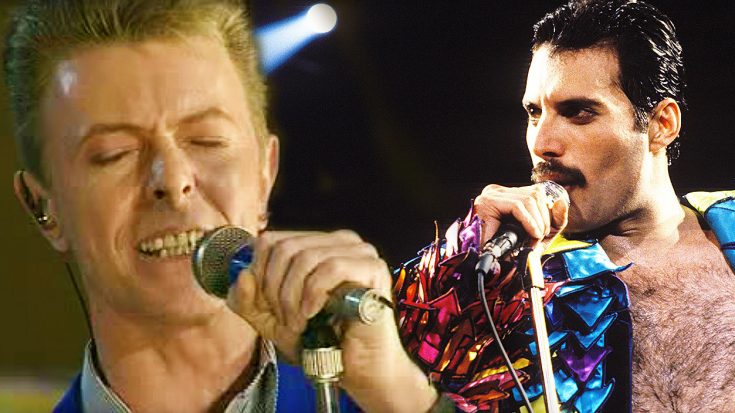 Bowie was a master!

Arguably one of the greatest duets in rock n’ roll history, is David Bowie and Queen’s “Under Pressure.” Two of the best voices in the history of music on one track is a once in a generation song, and we truly hope that David and Freddie Mercury are somewhere singing the song together right now.

After Freddie’s passing, Queen threw together a tribute concert for the late singer. Queen got fellow legends like Robert Plant, George Michael and David Bowie to join them on stage and provide vocals for the show. Many people have seen clips of the actual concert, but we’ve finally unearthed rare footage of the rehearsal for the event. The footage shows David Bowie and Annie Lennox, rehearsing the popular hit “Under Pressure,” and absolutley breathing new life into it!

David sounds perfect, and Annie actually holds a candle to Freddie’s iconic voice! The video is pretty fantastic! You can see George Michael standing off to the side singing along!