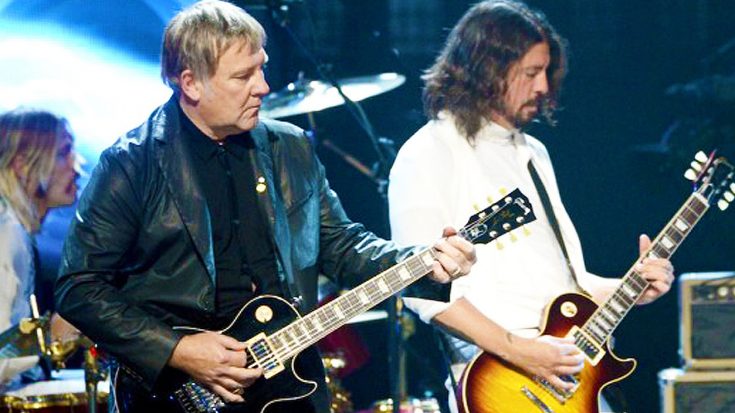 This is so epic!

Recently, Rush made a few big announcements about the band’s future. Unfortunately, the band has seemingly retired from touring for good. It’s unfortunate for fans, but they aren’t leaving them without anything to get excited about. On December 16th Rush will release a reissue of their album 2112. The reissue will feature a remaster of the album, DVDs, unseen video footage, outtakes, and covers!

One of the main covers people are raving about, is the Foo Fighters cover of “2112 Overture!” The band covered the song live when they inducted Rush into the rock n’ roll hall of fame, but now we finally get to hear a legit studio version of this masterpiece! Rush dropped by CBC Radio in Canada to discuss the new deluxe reissue album, and even premiered the Foo’s epic cover of their classic tune!

Foo Fighters members Dave Grohl and Taylor Hawkins sound fantastic on this cover, as well as the other members of the band! It’s great to hear the song in studio form, because they played it so fantastically in their live version! You can check out the cover RIGHT HERE. It will take you to the stations website, and will give you the recording of the show. Fast-forward to the 46:00 mark to hear the full cover!

Also take the time to check out their live cover of it at the Rock and Roll Hall of Fame induction ceremony from back in 2013 as well!