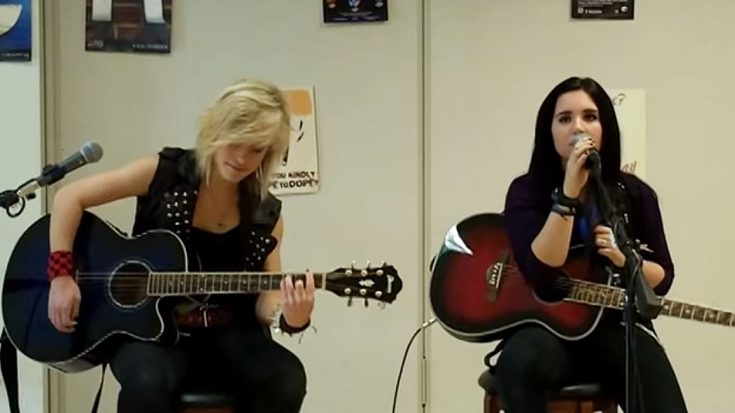 These Two young Girls Put On A Clinic While Paying Tribute To Led Zeppelin!

Led Zeppelin’s masterpiece of a song titled Stairway To Heaven is undoubtably one of the most highly regarded and covered rock ballads of all time. It is a song that is layered with intricate instrumentation and hypnotizing melodies. There are hardly any other songs that come close to it. All of that being said, for as much as it is a song that is defined by its complexities and intricate arrangements, it is also a song that can be covered with just one voice and one guitar. Here’s the proof!

What you’re about to watch are two young girls Sydney Ellen 18, and Moxy Anne 16 perform an acoustic version of the aforementioned rock ballad Stairway To Heaven. All truly seems normal at first but as soon as these girls REALLY start playing, magic is in the air. Don’t believe me? See for yourself!